He was born in Ahoskie, NC on September 4, 1930, to Troy and Lena Newsome. He graduated from NC State University with a BS degree in agronomy. Al was a loyal and vocal Wolfpack fan sending two sons to State. He began his agricultural career in Carteret County and later became the agricultural extension agent in Gates County. He moved into personnel work when he staffed the new Sunbeam plant in Ahoskie. He also hired the 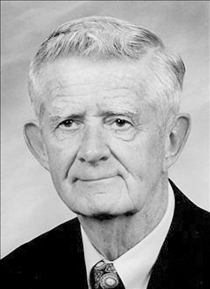 three inaugural shifts of workers at the CF Industries fertilizer plant. There, Al was in charge of accounting, purchasing, and safety in addition to managing human resources. He finished his career at Pioneer Savings Bank in Rocky Mount, overseeing staff in 16 branch banks.

Al loved to garden and cook; an invitation from Al was rarely refused. From oyster roasts, fish fries, and huge Thanksgiving meals, everyone ate well when he was in charge. As a member of First Baptist Church, Ahoskie, Al served as a deacon, on the Finance Committee, and as a long-time Sunday school teacher. His faithfulness and in-person support of all the activities of the church furthered the kingdom of God. Al was also active in the community as a member of the Kiwanis Club, the Ahoskie Planning Board, and the board of directors at the Hertford County Savings and Loan.

Al was predeceased by his wife of 47 years Virginia S. Newsome; his parents, and his brother, T. Wilson Newsome.

The family will receive visitors at Ardmore Baptist Church in Winston-Salem on Thursday, May 3 from 7-9 p.m. A memorial service will be conducted at 11:00 a.m. on Saturday, May 5 at Ahoskie First Baptist Church by the Rev. Trey Gillam. Visitation with the family will follow the service.

Online condolences may be sent to www.salemfh.com.