MURFREESBORO – A local man is wanted in connection with a shooting that sent two individuals to the hospital with non-life threatening injuries.

Hertford County Sheriff Dexter Hayes identified the alleged shooter as Katwan Cherry, age 22, of 930 East First Street, Ahoskie. Warrants have been drawn for Cherry’s arrest on the charges of two counts each of attempted first degree murder, assault with a deadly weapon inflicting serious injury with intent to kill, and discharging a weapon into occupied property.

“We are actively seeking Mr. Cherry in reference to this shooting,” said Hayes. “He has ties to Virginia and may be laying low there for the time being.” 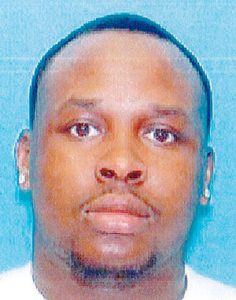 The shooting occurred shortly after 1 p.m. on Saturday, April 7 outside a residence at 114 Irvin Road, Murfreesboro (off Powell Road). HCSO Captain Jesse Fennell was dispatched to that location where he was met by Murfreesboro Police Officers Harrison Revelle and Louis Dominoe, who were already on the scene.

Fennell was advised by the MPD officers there were two victims – a male, later identified as Shaeqan M. Clark, age 21, of Hill Road, Murfreesboro; and a female, identified as Hope E. LaClair, 23, of Fredricksburg, VA – suffering from gunshot wounds.

Fennell’s report showed that LaClair was sitting in the front passenger’s seat of a parked vehicle registered in her name. She had been shot in the right arm. Meanwhile, Clark was standing outside the vehicle’s left rear door. He was shot in the right hip.

Cherry was quickly identified as a person of interest in the case. He was seen leaving the scene of the shooting in a black Honda Accord. That vehicle reportedly has the words HONDA ACCORD printed across the top of the front windshield.

The motive of the shooting is unknown.

The two victims were transported to Vidant Roanoke-Chowan Hospital by Hertford County EMS. Hayes said both have been released and are at home recovering from their injuries.

Assisting Capt. Fennell in the investigation of the crime scene were HCSO Investigator Keith Lassiter and Deputy John Timberlake.

Those with information on Cherry’s whereabouts are encouraged to call the Hertford County Sheriff’s Office at 252-358-7800.

WINDSOR – The Bertie County Board of Elections has set Tuesday, April 17 as the date they will conduct a... read more