RICH SQUARE – A suspect from nearby Kelford is wanted in connection to numerous break-ins here in this Northampton County town. 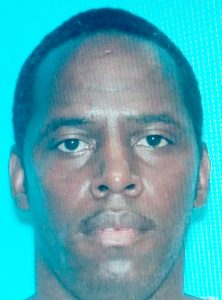 Arrest warrants have been drawn for Marvin G. Robinson of Kelford.

She added that additional charges may be filed as a rash of recent break-ins have plagued Rich Square businesses over the past month.

The latest break-in occurred shortly before 1 a.m. on Friday, April 13 at Duck Thru Convenience Store #7, located at 224 North Main Street, Rich Square. There, an individual entered the business, which had closed for the night, and stole lottery tickets, cigarettes and beer.

The suspect was described as a black male wearing a black coat, blue shirt, stonewash blue jeans, and black shoes

Taylor said after viewing the store’s surveillance footage from that time period, she was able to identify the suspect as Marvin Robinson.

“I stopped to place Marvin Robinson under arrest for the Duck Thru break-in and larceny at which time he led me on a foot chase into a wooded area. He has not been apprehended at this time,” Chief Taylor said on Sunday afternoon.

She added that Robinson is a person of interest in other break-ins Rich Square.

Taylor asks those with information on Robinson’s whereabouts to contact the Rich Square Police Department at to 252-574-1041.

RALEIGH – After months of political wrangling, the Bipartisan State Board of Elections & Ethics Enforcement was finally seated last... read more