His family affectionately called him “Gene” as a child. This cherished husband, father, grandfather and great-grand father attended the public schools of Craven County and earned his high school diploma at Newbold High School in Dover, North Carolina. 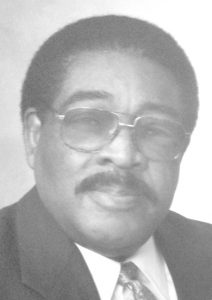 Dr. Bryan’s early experiences as an educator included his work as a public school teacher, supervising teachers in the area of mathematics and science, and Assistant Principal in the Portsmouth Virginia Public School System. In 1968, Dr. Bryan began service in higher education when he was called to Elizabeth City State University in the capacity of Director of Admissions. He has held the ranks of Instructor, Associate Professor and Professor as a part of his college and university academic experiences. Additionally, he has served as Assistant Academic Dean and Director of Continuing Education and Summer Programs at Delaware State College, Dover, Delaware.

Advancing his career even more in the late 1970’s he served as Dean of the Division of Education and Director of Teacher Education at Fayetteville State University, Fayetteville, North Carolina. Dr. Bryan soon skyrocketed to Virginia State University as the Executive Vice President, and after two years was appointed to the position of President in 1982.

In 1985, Dr. Bryan went on to South Carolina as President of Denmark Technical College.

Years later Dr. Bryan told his supportive wife it’s time to go to the Nation’s Capital to work at Howard University, Washington, DC to function as the Chief of Staff for the President of the University.

Dr. Bryan has received numerous honors and distinctions, which include graduation from New York University with a 4.0 average on the 4.0 scale and being listed in Who’s Who in America and Who’s Who in the South and Southwest.  When graduating from Elizabeth City State University he graduated with the highest grade point average of all the graduating class, so he was given the honor of bringing in the University Mace.

Dr. Bryan is a member and a deacon at Piney Wood Chapel Missionary Baptist Church.

A Celebration of Life will be held on Friday, March 9, 2018 at 1:00 p.m. at Piney Wood Chapel Missionary Baptist Church, Ahoskie, NC. Interment will follow in the Cherry Family Cemetery in Colerain, NC with Rev. Dr. Gregory K. Ellis officiating.

Wilder’s Chapel of Windsor is handling the arrangements.