BARCO – On the eve of the state high school basketball championships, the 2A Northeastern Coastal Conference has announced its All-Conference first and second teams for the 2017-18 season. The team is voted on by the league’s coaches. 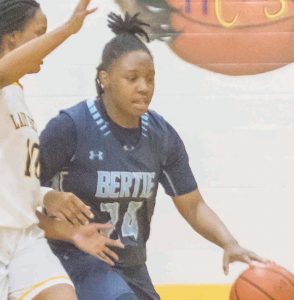 Bertie High’s Akyia King – who surpassed 1,000 points in scoring this season while just a junior, has been named to the girl’s First Team.  Other first-teamers were co-NCC Players of the Year Amaya Simpson of Pasquotank and Breanna Proctor of Northeastern.  Also on the first-squad were Pasquotank’s Mikasia Jordan and Kennedy Griffin along with Currituck’s Lauren Gerni.

Named to the second team were Hertford County’s D.L. Watford, Brianna Howard, and Jessica Weaver. Bertie High was represented by Dawaunti Combs and Nyasia Barnes – this, despite Barnes missing 10 regular season games.  Rounding out the second team was Jessica Smith of Currituck.

The girl’s basketball Coach of the Year was Ray Burnham of Pasquotank, who led his Lady Panthers to the regular-season conference co-championship, which they shared with Bertie. 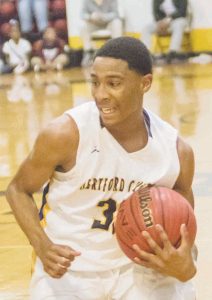 Joining him on the squad was another area senior, Bertie’s Quatravis Riddick. Sophomore Dylan Blake of First Flight was joined by Northeastern seniors Demar Sutton and Garfield Brown, and Pasquotank junior Chris Hinmon.

Second-team All-Conference players include Lance Hunter and Zion Riddick of Hertford County, both seniors. Two other seniors hail from Northeastern in Elizabeth City: Clifford Shaw and Brian Jones; and rounding it out were a couple of sophomores: Joshua Burden of Bertie and Jordan High of First Flight. 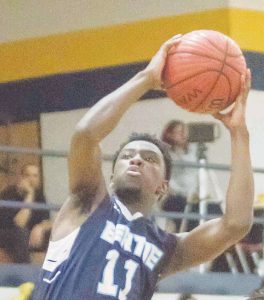 Sutton earned boys’ Player of the Year honors, while Coach of the Year was Ronald Nixon – both from Northeastern.

WINDSOR – After waiting a chilly five days thanks to a Friday postponement, Bertie High’s baseball team was anxious to... read more