MURFREESBORO – A coalition seeking to start a community garden in Murfreesboro went before the Town Council at Wednesday’s meeting to ask permission to use some town-owned land for the project.

“We think this could be something really positive for the community, for the neighborhood, in terms of development and reinvesting in that area,” explained Caroline Stephenson who is spearheading the effort.

The lot in question is at the corner of River Street and Diamond Street, across from Riverside Park. Stephenson explained the garden project wouldn’t incur any cost to the town. Once the process of securing a location for the garden was complete, she explained, the coalition would pursue grant funding to cover any costs. They intend to set up the project as a nonprofit corporation.

She also explained Murfreesboro could benefit from the garden because the town is considered a “food desert.”

“We have one traditional grocery store in town, and we have very little access to local food at all,” Stephenson said.

Gene Flowers, the town’s Zoning and Code Enforcement Director, spoke to the Council about a few concerns allowing the garden to be located on that particular parcel of land.

The spot is currently zoned as R-10, which is for single family residences. If someone lived at the location and wanted to grow a garden, it wouldn’t be an issue, he explained. But if the coalition sold the produce, even as a nonprofit group, it would not fit into the current zoning regulations.

Another issue he pointed out was the town had originally set that empty lot aside for parking at Riverside Park. When the park is rented out for special events such as church functions and family reunions, Flowers explained they’d have to use that lot across the street for their vehicles. No parking is allowed within the park itself.

Stephenson addressed his point by explaining the garden would not have to take up the entire lot, so that parking could continue.

Flowers’ last issue was that a neighbor’s nearby garden in the past had not been well-maintained, which had upset many of the neighbors. He stated that he wasn’t for or against the idea of a community garden; he simply was pointing out any concerns that might need to be dealt with.

Stephenson responded, particularly to the question of maintaining the garden, that “the goal is to bring something positive to the neighborhood. The goal is not to cause more blight in the neighborhood that needs revitalizing.”

Mayor Hal Thomas asked who would be involved in the project.

Stephenson answered they were still in the process of building the coalition, but had already received positive feedback and interest from local church groups, students and faculty at Chowan, and a few neighbors.

The coalition has been meeting at Cultivator Bookstore, located on Main Street, to begin developing the garden project. Their next meeting will be at 5:30 p.m. on Monday, February 19.

“I think it’s got a lot of potential,” said Councilman Billy Theodorakis. “I see more good than I see bad.”

Council members Mitch Radford and Berna Stephens agreed that it could be a potential positive for the community.

Buddy Jones, the town’s attorney, explained the best procedure to go about granting use of the land to the garden coalition.

“I think the town would need to actually lease it, if it was inclined to do so, to an unincorporated association of named individuals so the running of the garden would be the individuals’ responsibility,” he stated. “I understand all the individuals haven’t been identified yet, but as such time as they’re identified, I think we need a lease for a period of one year between the town and that group of individuals who would be in charge of running that garden.”

Flowers also chimed in to remind the Council that they would need to amend the R-10 zoning regulations to allow the community garden.

Theodorakis motioned in favor of allowing the coalition to use the space in question for the community garden, and Councilwoman Sarah Wallace seconded. The Council voted in the affirmative.

“We are moving forward. Don’t break ground yet,” Mayor Thomas said after the vote to assure Stephenson they’d get all the necessary details worked out soon. 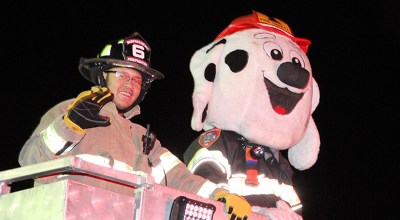