According to Northampton Sheriff Jack Smith, Crystal Battle, 34, originally of Halifax, and 33-year-old Stephanie Moore of Emporia, VA were charged. 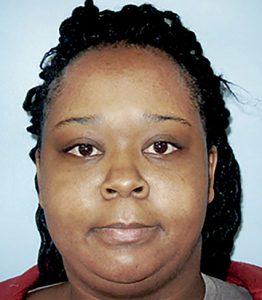 These warrants were the result of an investigation by NCSO Lt. A. Roye that began on Dec. 26.

Roye’s investigation revealed that Battle, a tenant at a public housing complex in Seaboard, was allegedly defrauding the system of benefits assistance.

On Friday of last week, Lt. Roye arrested and served outstanding warrant on Moore. She was charged with four felony counts of embezzlement from a business in Northampton County. 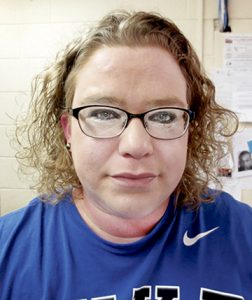 The warrants were drawn as the result of an investigation conducted by Lt. Roye that began on Jan. 30. It was reported by a local business that an employee was possibly involved in embezzling money from the company.

“Upon the investigation and operation, Lt. Roye was able to quickly solve the case and catch Stephanie Moore in the act of alleged crimes,” stated Sheriff Smith.

Capt. Jacobs added that the investigation into the full amount of cash embezzled from the business is still ongoing. He expects more charges to be filed in this case.

On the original charges, Moore was held under a $30,000 bond. She is scheduled to make her first appearance today (Thursday) in Northampton County Criminal District Court.

In both cases, Sheriff Smith stated that he would like to thank Lt. Roye for, “his diligent effort in these investigations and obtaining warrants.”

Sheriff Smith stated that he encourages anyone with information or that are victims of financial crimes to please report the same to the Northampton County Sheriff’s Office or their local law enforcement agency.

GATESVILLE – The debate continues on how to strengthen the language of Gates County’s Animal Control Ordinance in an effort... read more