No one feels the pain of losing a child like a mother.

Tamira Anderson feels that pain, one which typically intensifies in mid February.

Anderson’s son, Torrey – was only 21-years-old when someone took his life. At that time he was living in Murfreesboro with his grandparents, Michael and Sylvia Anderson, after relocating from Raleigh. He was working at Smithfield Packing in Smithfield, VA.

At 3 a.m. on Feb. 12, 2013, a passerby traveling on Nike Park Road in Carrollton, VA (Isle of Wight County) noticed a vehicle on fire and called 9-1-1. When firefighters arrived at the scene to extinguish the blaze, they made a gruesome discovery – a badly burned body located near the vehicle.

Following a probe by the medical examiner, the man was identified as Torrey Lamont Anderson. The autopsy revealed he died of a gunshot wound prior to his body being set on fire. 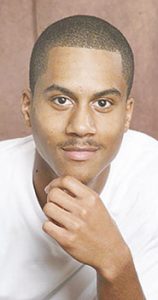 Torrey Anderson, formerly of Murfreesboro, was murdered in Virginia on Feb. 12, 2013.

“We, myself and Torrey’s two younger sisters, had just talked to him on the phone roughly eight hours before he was killed,” Mrs. Anderson recalled. “The girls were joking with him about his new girlfriend. As we were about to end the call, I remember telling him how much I loved him and told him to be safe. Little did I know that would be the last time I would talk to my son.”

What happened eight to nine hours later remains a mystery. All that’s known at this point is Torrey Anderson’s shift at Smithfield Packing ended at 4 p.m. on that fateful day. He was last seen leaving the plant in his vehicle, with several males as passengers. Mrs. Anderson said that wasn’t unusual as her son would often drive individuals where they wanted to go, but it wasn’t his nature to pick up a stranger.

“They (Isle of Wight, VA Sheriff’s Office) are still working on the case, trying to develop new leads,” Mrs. Anderson stated. “I was just recently talking to one of their detectives and was told there had been some movement on the investigation, but once they tracked down the new information it didn’t pan out; they hit another dead end.”

Two years ago, Isle of Wight Sheriff’s Lt. Tommy Potter said the investigation produced a person or persons of interest in Northampton County.

Mrs. Anderson confirmed that by saying her son had “hung out” the weekend prior to his death in Newport News, VA and she saw a Facebook post showing Torrey with individuals later identified as being from Northampton County.

“But those individuals, upon being questioned by the police, claimed they didn’t know Torrey or were not with him that particular weekend,” Mrs. Anderson remarked.

That leaves her and her two daughters to deal with the fact that Torrey’s murderer is still living in freedom.

“We cope with it the best way we can,” she said. “We cling to the good times we all shared together. And what’s so amazing is how much my youngest daughter (now 13) is like Torrey. She’s a spitting image of him and I have to do a double-take when I hear her laugh as it’s the same as Torrey’s laugh. It’s like we still have him here with us, just in a younger body.

“Torrey was such a great big brother to his two sisters,” she continued. “He was so considerate of them, me, and others as well. He always wanted what was best for us. Just like the conversations he had with my oldest daughter. She’s in college now, and Torrey always stayed on her about her grades and offered advice on how she needed to hang out with the right people, especially young men.”

When asked if her son ever made reference to his life being in danger, Mrs. Anderson replied, “No; never.”

Three months before his murder, Torrey began his new job at Smithfield Packing. Mrs. Anderson said she wasn’t aware of any “red flags” at his place of work.

“From talking to him he seemed to enjoy his job and got along fine with all his co-workers,” she noted. “He had shared with me that his supervisor at the plant was impressed with his work.

“It didn’t appear, at least to me, that he had any enemies,” she added. “I just feel he got caught with the wrong people at the wrong time.”

Mrs. Anderson said she knew in her heart there are people with information about her son’s murder.

“Somebody knows something; even the smallest bit of information will help in the investigation,” she stressed. “I beg them to call the Sheriff’s Office; they do not have to give their name, just their information. Please help bring my son’s killer to justice, especially before he has the chance to do this to someone else and leave another family, like ours, grieving and searching for answers.”

The family has posted a $15,000 reward for information leading to the arrest and conviction of the person or persons responsible for the murder. Those with information can share it anonymously by calling the Virginia Crime Line, toll-free, at 1-888-LOCKUUP.

In closing, Mrs. Anderson was asked what she would say to the person charged in her son’s death.

“I’m hurt; I’m disgusted, so I don’t think you can print what I’ll say to that person,” she concluded.

Spoken like a true mother, still hurting five years after her son’s murder.

Over ten years ago, the Marine Fisheries Commission put a ban on herring fishing in North Carolina. According to North... read more