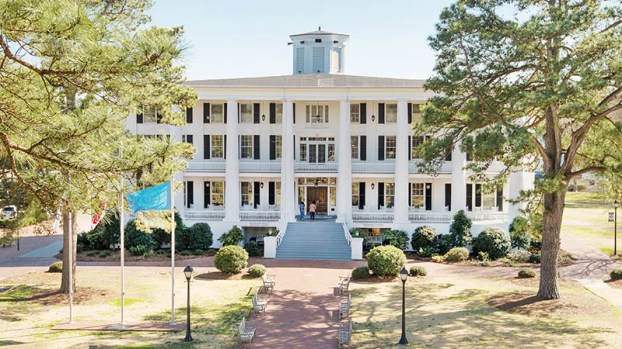 The new Chowan University president will be announced at 11:30 am on February 15 in front of McDowell Columns Hall.

MURFREESBORO – The identity of the next leader of Chowan University will be revealed next week.

The University has scheduled a press conference for 11:30 a.m. on Thursday, Feb. 15 in front of the historic McDowell Columns Building. There, Frank Rose, chair of the Board of Trustees of Chowan University, will announce the next president of the University.

For the past 15 years, Chowan has been led by president Dr. Chris White. An announcement was made last year that Dr. White would begin the transition to chancellor. He will be the first president in the institution’s 170-year history to serve as chancellor and remain on staff after completing his presidency. 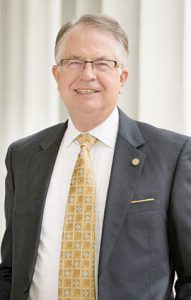 Dr. Chris White has served as Chowan’s president for the past 15 years. He will transition over to the position of Chancellor.

Dr. White began his tenure when Chowan was still Chowan College, and remained president as the College transitioned to University, thus making the appointment of the 23rd president the first since receiving university status.

Following an internal selection process, the Board of Trustees, search committee, and Dr. White are poised to introduce the second president of Chowan University and 23rd president of this institution. The new Chowan University president will take the reins during the 170th anniversary year of the school, which was founded in 1848 as Chowan Female Institute.

Under Dr. White’s leadership, the University witnessed a period of great prosperity. His accomplishments brought the institution back from the brink of imminent closure. This steady growth and institutional development shaped the current position of strength, which allows for succession in the transition between presidents. Dr. White’s new role as chancellor will support the new president and poise the University for even greater achievements.

Chowan University has been a cornerstone of the eastern North Carolina region for 170 years, serving as educator, employer, and general boost to the economy.

As one of the fastest growing universities in the United States for the past 10 years, Chowan University enrolls more than 1,500 students each year. Chowan’s park-like campus features more than 400 acres, including Lake Vann, the beloved “Squirrel Park” and the original McDowell Columns Hall, erected in 1851 and listed on the National Register of Historic Places.

An​ NCAA Division II member institution, ​Chowan offers 19 varsity sports, as well as co-ed cheerleading, ​with​ nine programs in the CIAA and ​nine in Conference Carolinas.