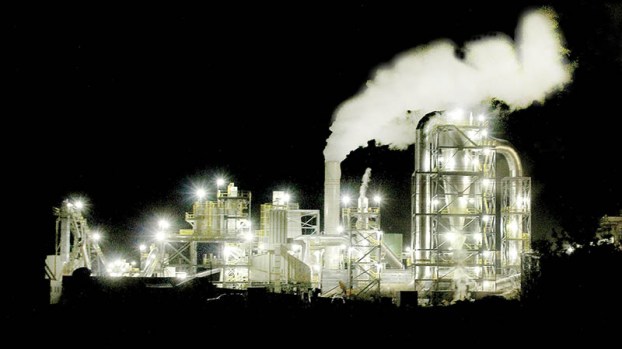 Enviva operates two pellet mills in the Roanoke-Chowan area – one in Ahoskie, as shown here, and the other in Northampton County between Garysburg and Gaston.

“We developed the Track & Trace system two years ago to provide unmatched transparency into our supply chain and to make important information about the health of the working forests in the Southeastern U.S. available to the public,” said John Keppler, Chairman and CEO of Enviva.

This dedication to supply-chain excellence has garnered attention from sustainability experts throughout the forestry supply chain.

“Marking one year of public reporting on Track & Trace is an important milestone for Enviva,” said Jennifer Jenkins, Enviva Vice President and Chief Sustainability Officer. “From the beginning, we set out to make these data about our sourcing practices easily accessible to the public, so policymakers, customers, partners and others can see for themselves the positive impact of Enviva’s responsible approach. Over the past year, Track & Trace has told the story of the thriving forest environment in the Southeastern U.S., and we are pleased to report that this latest dataset continues to support that trend.”

Track & Trace™ is a proprietary data system that enables Enviva to monitor every truckload of wood the company procures from the forest or sawmill, including details about the wood’s unique characteristics and origination.

Enviva does not use high-quality wood that would otherwise be milled into furniture or construction materials. Additionally, Enviva does not source wood from independently identified bottomland forest ecosystems that demonstrate high conservation value attributes, or from any forest where the landowner plans to convert to a non-forest use.

Before selling wood to Enviva, a supplier must provide detailed data on the specific forest tract being considered for harvest, including each individual tract’s precise geographic location, acreage, forest type, species mix, age and the share of wood from each harvest earmarked for Enviva versus other consumers. Enviva does not accept any wood from a harvest without this information, and Enviva records the data and verifies the accuracy of its procedures through third-party audits.

This latest dataset shows that Enviva sourced wood from 1,183 working forest harvests in 77 counties and in five Southeastern states, to include North Carolina, over the six-month period ending in September 2017. The forests in the Southeast continue to grow and thrive, with the total amount of forested land in Enviva’s primary supply area increasing by 320, 842 acres from 2011 through 2015, according to the U.S. Forest Service. Inventory in that area has grown by 10 percent during the same time period and continues to increase as forests grow at a faster rate than they are harvested.

“Since the launch, our Track & Trace data have consistently demonstrated that the forested land in Enviva’s primary supply area is increasing, validating the positive environmental benefits of wood pellets that are responsibly and sustainably sourced,” stated Keppler.

Other findings from the latest Track & Trace data include:

Approximately 39 percent of Enviva’s wood came from pine and hardwood mixed forests, 35 percent from Southern yellow pine forests and 5 percent from upland hardwood forests. The wood sourced by Enviva consists of undersized or “understory” wood that was removed as part of a larger harvest and tops and limbs, brush and “thinnings” that were removed to make additional room for planted pines to grow.

Less than 1 percent came from arboricultural sources, such as landscaping and urban tree maintenance.

Wood fiber harvested on these tracts came from forests that were an average of 38 years old.

Enviva operates two pellet mills in the Roanoke-Chowan area – one in Ahoskie and the other in Northampton County between Garysburg and Gaston.

AHOSKIE – For the second year in a row, Roanoke Electric Co-op has allocated more than $500,000 in capital credit... read more