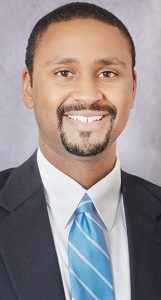 Dr. Warren Milteer will be the featured presenter at the annual Rouson Lecture at Chowan University on Feb. 7.

Dr. Milteer will be presenting the Rouson Lecture. The lecture is named for Reverend and Mrs. Rouson who were noted Hertford County religious leaders whose legacy of religious stewardship, family values and community service lives on today in the lives of their children, former students, co-workers and county residents.

“The purpose of this event is to recognize Christian values, brotherhood, stewardship, and the importance of family,” stated local historian Alice Eley Jones, “to recognize good Christians who do good deeds for their community.”

Dr. Milteer will sign copies of his book, Hertford County, North Carolina’s Free People of Color and Their Descendants, which will be available for purchase or can be purchased on amazon.com.

Admission is free and open to the public.