PENDLETON – A trio of Pendleton residents are behind bars, each held under a $150,000 secured bond, for their alleged roles in operating a meth lab. 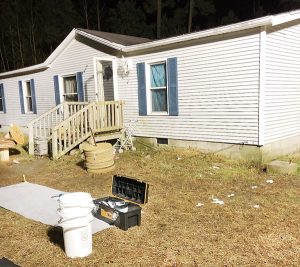 Agents with the North Carolina State Bureau of Investigation Clandestine Lab Team responded to remove hazardous material from this Northampton County residence where an alleged meth lab was discovered.

Precursor is items used in the manufacture of meth.

According to a press release sent by Sheriff Smith, agents of the Down East Drug Task Force along with the North Carolina State Bureau of Investigation and Northampton County Sheriff’s Office were following up on drug complaints at the residence of 218 Pineridge Lane.

He said that upon the agents speaking with the subjects at that residence, the law enforcement officers discovered what appeared to be a meth lab operation going on inside.

At that time, the agents secured the residence and applied for a search warrant. A search warrant was granted and the North Carolina State Bureau of Investigation Clandestine Lab Team responded to remove the hazardous material from the residence.

“I commend these agents on a job well done,” Sheriff Smith stated. “They work hard on combating illegal drugs throughout three counties served by the Down East Drug Task Force.”

“The Northampton County Sheriff’s Office and the Down East Drug Task Force will continue to follow up on all drug complaints throughout Hertford, Northampton and Bertie counties,” Smith said.

He encouraged Northampton County residents to call the Sheriff’s Office non-emergency number at 252-534-2611 or the Crime Stopper’s Hotline at 252-534-1110 to report illegal activity taking place in the county. Smith said those callers remain anonymous. 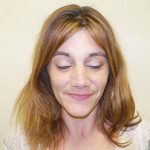 “This is a prime example when all three counties come together and remove dangerous citizens like this and keep our citizens safe,” Smith concluded.

According to story filed by www.rrspin.com, this isn’t the first time that local law enforcement officers have visited 218 Pineridge Lane.

Investigation of the residence goes back to at least 2014 when alleged evidence of meth production using a shake and bake soda bottle method was discovered. 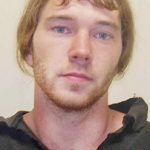 While there was no evidence of a working meth lab at the residence back in 2014, Grant and Beaumont along with Rachel Dawn O’Dell Bisbing were all arrested on various other drug charges, to include possession of Schedule II and IV narcotics, possession of marijuana, and possession of drug paraphernalia.

WINTON – Does your child know what to do in the event of a house fire? If not, they need... read more