FREDERICA, DE – Glenn R. Meadows of Frederica, DE passed away at Bayhealth-Kent General Hospital on Saturday, January 13, 2018. He was 66 years old. He was the son of the late Herman and Vivian Meadows.

Glenn proudly served in the US Army during the Vietnam Era. After his time in the service he worked as a heavy equipment operator for the James Julian Co., George & Lynch, and most recently for A-Del Construction until December 2017. 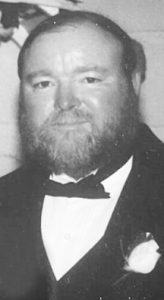 Glenn was a member of the Arlington Baptist Church, VFW Post #77 (Milford), the Harrington Moose, and Moose Riders #534, American Legion CKRT Post #7, and the American Pool Association. He enjoyed hunting, riding his motorcycle, fishing, NASCAR, and playing pool (DE state champions for 3 years which allowed him to attend Nationals.) Glenn was a jokester that liked to make people laugh, was happy go lucky, and the life of the party. He would speak his mind when he needed to; was dependable and very loyal to his family and friends.

Memorial services will take place at the Melvin Funeral Home, 15522 S. DuPont Hwy, Harrington, DE, on Thursday, January 18, 2018, at 5 p.m. A visitation for family and friends will take place two hours prior to the service from 3 to 5 pm.

In lieu of flowers, donations are encouraged to be made in Glenn’s memory to the veteran’s organization of your choice.

Arrangements are by the Thomas E. Melvin & Son Funeral Home Inc, Harrington, DE. Please visit us at ww.melvinfuneralhome.com to sign the condolence book.