MILWAUKEE – James Russell Smith, 78, passed away at Halifax Regional Hospital on Thursday, January 11, 2018. He was preceded in death by his parents, Russell and Lois Smith; his brother, Ronald Smith; and his sister, Linda S. Jenkins.

He is survived by his wife of 58 years, Patricia Hedspeth Smith; his son, James Russell Smith, Jr. of Morrisville; daughter, DeAnne Smith of Greenville; and his grand dog, Max. 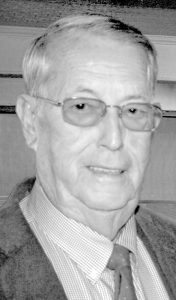 James was a farmer in Northampton County and a life-long resident of Milwaukee. Like most of his generation born in Milwaukee, there was no other place like Milwaukee. He was a member of Bethany United Methodist Church, Superintendent of the Sunday School, and taught the Men’s Sunday school class.

After he retired from farming he raised a large garden and took great pride in sharing his produce with his friends and neighbors. He loved to cook and would often cook meals for his friends at his Man Cave. Most importantly he would often come in and tell his wife, “I’m cooking tonight”.

On his farm he had two horses, a fish pond and a slew of cats. He might grumble but he faithfully went over to the farm twice a day to talk to them and feed them. He was known for having a humorous statement to make about most situations resulting in laughter from his friends. His pride and joys were his children, his wife and his son’s dog Max.

Arrangements are being handled by Bridgers Funeral Home, Inc. in Conway. Visitation will be Saturday, January 13, 2018 at 7:00 p.m. The funeral will be at Bethany United Methodist Church in Milwaukee at 2:00 p.m. on Sunday January 14, 2018. Burial will follow in the Milwaukee Cemetery.

Online condolences can be shared with the family at www.bridgersfuneralhome.com.

RALEIGH, NC – Sterling Stokes Ruffin, Sr. went home to be with The Lord on Christmas Day after an extended... read more