“On behalf of the Massey family we received word that he passed away at approximately 8:30 this morning (Friday, June 23),” Roanoke Rapids attorney Gilbert Chichester said.

Chichester and his associate, Geoffrey Davis, were representing Massey in a criminal case where the funeral director had been indicted on 10 counts related to child sex offense counts. 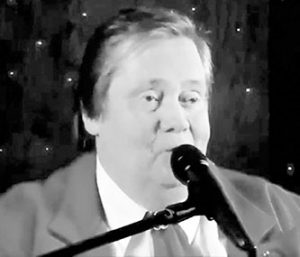 Prior to his death, Harold Massey owned and operated funeral homes in Jackson, Aulander and Roanoke Rapids. He was also a Nashville recording artist, focusing his talents on gospel country music.

Chichester said Massey’s health started to decline soon after the charges were filed and he began having lengthy hospital stays.

“He was having health issues focused on his heart,” Chichester stated. “There were hopes that he could get surgery but he didn’t get strong enough to go through that.”

Chichester said he will talk with the district attorney’s office on Friday concerning the criminal charges still on the books against Massey.

“What happens is I will be filing a motion to have the charges abated or dismissed,” the attorney said.

Chichester said he believed, “Based on the information myself and attorney Davis have, we feel like a jury would have found him not guilty and his name would be vindicated.”

The Halifax County Sheriff’s Office charged Massey in January after a lengthy investigation. He was originally charged with 50 counts of indecent liberties with a minor child and 31 counts of statutory sex offense. Those charges stem from offenses allegedly committed from 2006 to 2012.

Prior to his death, Massey owned and operated funeral homes in Jackson, Aulander and Roanoke Rapids. He was also a Nashville recording artist, focusing his talents on gospel country music.

(Lance Martin is the Editor and Publisher of www.rrspin.com. Permission was granted to publish this story and photograph.)