Mr. Hurdle was born on September 18, 1932 to Arthur Godwin and Bertice Raeford Hurdle in Hertford County, NC. Alfred served two years in the United States Army during the Korean War. He worked as a parts manager for Riddick International for many years before retiring.

Alfred loved playing softball, his animals, and enjoyed tending his vegetable garden during the summer as long as his health 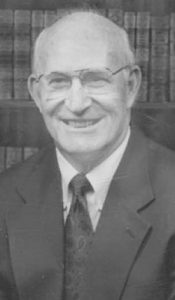 permitted. He was a member of Oak Grove Baptist Church. Alfred enjoyed spending time with his family, and never missed his Saturday morning ritual of listening to country music while cooking. He will be deeply missed by his friends and family.

Besides his parents he was preceded in death by his wife, Elizabeth Hurdle; his step mother, Pattie Cooke Hurdle; and a daughter, Deanna Hurdle Terry.

A celebration of life graveside service with military honors will be held on Friday, June 9, 2017 at 2:00 pm at the Aulander Cemetery, Aulander, NC, with Pastor Greg Hurdle officiating. The family will receive friends following the service at the cemetery.

Garrett-Sykes Funeral Service – Ahoskie Chapel is handling the arrangements for the Hurdle family and online condolences can be directed to the family by visiting www.garrettsykesfs.com.