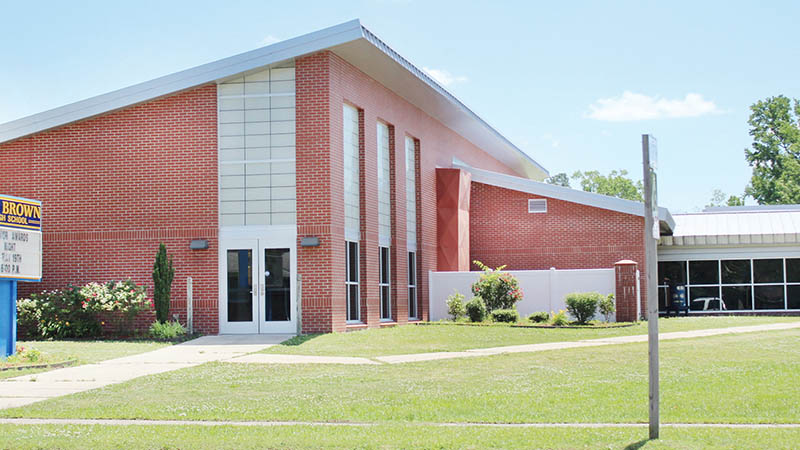 At the start of their high school career, the freshmen class shared the school with 11th and 12th graders who were completing their secondary requirements. The students worked hard to obtain their spots in the junior class. By the start of their junior year, three of the 21 who started had either moved out of the county or changed high schools. But, they did not give up. The 18 remained and they developed a strong family relationship. They began to feel the importance of being first.

But they are not the first, for we have come to know that there were many others that were before them. There are others like Annie Walden Jones, who was the first graduate of the original school that existed on the very grounds, where the current school sits and even where current Hertford County School Board Chairman J. Wendell Hall attended school. The influence and determination of Dr. Calvin Scott Brown, which caused him to create the first C. S. Brown School is what has driven others who have benefited from attending the school throughout its history.

The 18 current seniors have no doubt shared the same determination. School officials celebrate their hard work and determination, as they prepare for them to make their mark in history on June 9 and to be recorded as the inaugural class of Calvin Scott Brown High School-STEM.

The graduating class of 2017 held the first Senior Awards Night on May 19. After listening to encouraging words from Board Chairman Hall, each one stood and informed the crowd of their future plans. The class also held the first baccalaureate at First Baptist Church, located on the grounds of the school and served as chapel for the first students of C. S. Brown.

Looking at this small group, one can’t help but remember the words that tell us to not despise small beginnings. They are small in number, graduating from a small school, but this small group is coming from a force with awesome determination and a big heart for education and success.  Their senior t-shirts say it all in one simple word—GO!

History at this school is still in the making!