CHOCOWINITY – Ahoskie Post-102 broke open a tight 4-4 game with a five run fourth inning and went on to down Beaufort County Post-15 by a score of 17-6 here Thursday night in junior American Legion baseball action at Southside High School.

Post-15 led 1-0 after the first inning but Ahoskie struck for four runs in the top of the second.  Jordan Robinson had a two-run single while Ryan Rowe and Hunter Mitchell had run-scoring singles, good enough to stake the Braves to a 4-1 lead.

Washington picked up three runs in the bottom of the third inning to knot the game at 4-4 after three.

Ahoskie then scored five runs in the top of the fourth as Robinson broke the tie when he scored on a wild pitch.  Tyrek Beverly then 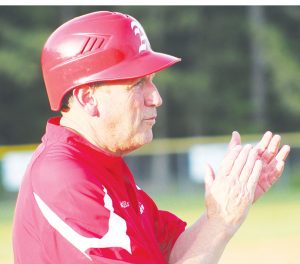 had an RBI that returned the lead back to Post-102.  Later, Spencer Simonowich had a bases loaded walk for an RBI and Ethan Hughson brought home two more with a two-run double that put Ahoskie ahead 9-4.

Washington got a pair of those runs back in their half of the fourth to trail 9-6 after four complete innings.

Ahoskie added to its lead in the top of the fifth by bringing around a couple of more runs.  Rowe scored one of the runs on a wild pitch, and the other run scored on an error.  That made it 11-6, Braves, after five.

Post-102 got its final six runs in the top of the seventh inning when Edward Bradley started things off with an RBI single.  After Mitchell picked up an RBI single, Washington’s young pitching began to collapse.  Keyshawn Lassiter, Travis Williams, and Derious Boone all collected bases-loaded walks for RBI’s, and Boone later was hit by a pitch with the bases loaded for the final RBI of the game. Beaufort County failed to score in the bottom of the seventh and Post-102 had its second non-conference win of the season.

Rowe pitched three innings and was credited with the win.  Trent Hobbs went two-and-two-thirds innings in relief while Sam Doughtie pitched the final inning-and-a-third for Post-102.

“It was a good road win,” said Ahoskie coach David Ellis.  “We hit the ball, our pitching was great, and we played good defense.”

Ahoskie is 3-2 overall and 1-1 in conference.  They head to Wendell for a doubleheader today (Saturday) against Clayton Post 71 before hosting Perquimans at home Monday evening at 7 p.m.