AHOSKIE – Two rising stars in country music will highlight the list of entertainers scheduled to appear on Saturday, June 3 when 99.3 FM – The Bull – celebrates its birthday in Ahoskie.

Jason Michael Carroll and Jesse Keith Whitley will appear, along with special guests the Moon Shine Band, Colton James and The 7100 Band, all performing live at the Ahoskie Amphitheater. 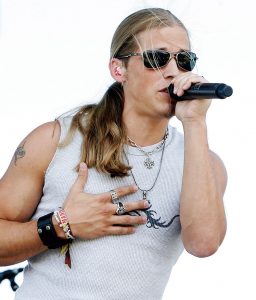 Gates open at 3 p.m. with entertainment beginning at 5 p.m. Advance tickets (on sale at all Duck Thru locations and online at 993THEBULLFM.com) are $10 each. Tickets at the gate are $20 per person.

Jason Michael Carroll hails from Youngsville, NC. He is gearing up to release his first new album since 2011, featuring the single “Close Enough.”

Carroll rose to fame after being discovered at a local talent competition in 2004 and later signed to the Arista Nashville label in 2006, releasing his debut album Waitin’ In The Country. The album produced three Top 40 hits including “Alyssa Lies,” “Livin’ Our Love Song,” and “I Can Sleep When I’m Dead” and soared to number one on the US Country charts, selling nearly half a million copies.

Both of Carroll’s following albums, Growing Up Is Getting Old and Numbers have charted on the Billboard Top 200.

He has opened for Brooks & Dunn, Trace Adkins, and Alan Jackson, and was a featured part of Carrie Underwood and Martina McBride’s 2008 tour. He was also performed on Good Morning America, thrilled the crowds at the CMA Music Festival, and has graced the Grand Ole Opry stage on multiple occasions.

Carroll is a consummate songwriter and continues to write and release new material. Carroll remains humble and optimistic about the future, stating, “I don’t take for granted what I’m doing, and I thank God and my fans every day I have the chance to keep doing it.” 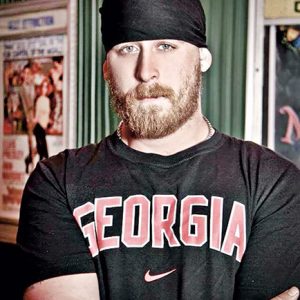 merit and make his own way in the country music world.

“Fans know me well enough to know I go against the grain,” he said in a recent interview from Nashville. “I won’t let the Nashville scene dictate what I’ll do.”

His latest song, “Messin’ with the Wrong Man” was co-written with Mark Chesnutt, Delaney Jackson and Kirk Roth and is country with an attitude.

Of his upcoming recording and tour, Whitley said it “is the first time I get to do the kind of music I want to do. I can show audiences — hey, here’s what I do — here’s what I’m about.”

The recording, “Dangerous,” is set for release in late November.

Whitley was a toddler when his famous father died of alcohol poisoning. Since a teen, he’s been working alongside his mother, country music artist Lorrie Morgan.

“My mom’s my best friend,” he said. “I’ve been working off and on with her since high school.”

It was his dad’s music, along with music by George Jones, John Anderson, Travis Tritt and George Strait, that inspired Whitley as a young man.

“I’d listen to their songs on the radio on the ride to high school and around those back roads with my buddies,” he said.

“Tuff is on his birth certificate and that’s what we call him,” he said.

For the past month or so, when working with his mom, Whitley will do his sets and work for her as stage manager, as well.

“I feel like I’ve been influenced by so many different entertainers through the years,” he said. “I love southern rock, so it plays a huge part in my music as well.”

Chuck Marsh, concert promoter and former partner with 99.3 The Bull, says “I’m really excited with the line up of this year’s Bull Birthday Bash, but very humbled by the sponsors who make the show possible and allow us to keep the tickets so affordable.  These businesses step up for our community every time they’re asked…they really love the community.

Notes: No coolers are allowed (beer sold by the Iron Order MC and proceeds donated to charity). Bring lawn chairs and blankets. This is a rain or shine event. Food and business vendors will be onsite.