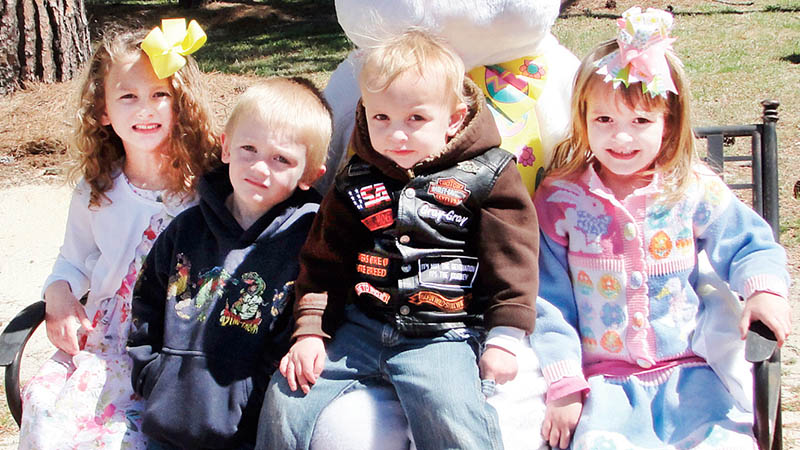 WOODLAND – Less than one in five adults in the US have ever heard of selective mutism. That’s according to research from the Selective Mutism Association (SMA), a non-profit organization dedicated to providing information and support for the anxiety disorder.

Selective mutism is defined by SMA’s website as “a childhood anxiety disorder characterized by an inability to speak in certain settings (e.g. at school, in public places) despite speaking in other settings (e.g. at home with family).”

The disorder is different from simple shyness and has a significant negative effect on the life of the person afflicted.

“Imagine being paralyzed and unable to talk to people,” said Michelle Dilley, describing the disorder that affects her five-year-old daughter Macy.

Macy, a bright and intelligent young girl, was diagnosed with selective mutism in November 2016 after she began pre-school. Dilley explained that Macy is unable to speak to teachers and classmates at school, and although she is very good at subjects such as reading, she’s unable to communicate her progress to her teachers.

Even if she needs help during the school day, she’s unable to ask for it.

At the family’s home in Woodland, however, Macy is able to talk to her parents and siblings just fine as long as there are no other people around. Macy’s smile disappears and she won’t make eye contact with other people, according to her mother.

In seeking treatment for Macy, the family had to broaden their search since local doctors did not specialize in the little-known anxiety disorder. Eventually they discovered the Child Mind Institute in New York, a center that specializes in selective mutism.

While they qualified for financial aid, it didn’t completely cover all the expenses required to travel and participate for the week-long intensive one on one therapy program. While Macy goes through the treatment program, the family will also learn how to continue helping her progress after they return home.

To raise money for the treatment and awareness for the disorder, Macy’s grandfather, Daniel Johnson, put together a charity motorcycle ride.

The ride will take place on June 3 with registration beginning at 9 a.m. at The Grapevine Café, located at 109 E. Main Street, Woodland. The cost is $25 per motorcycle and $10 for additional riders.

The ride itself begins at 10:30 a.m. and will be led by Northampton County Sheriff Jack Smith. The riders will travel around the county before returning to the restaurant for a buffet lunch.

The fundraiser event will also include a 50/50 raffle for items donated by Eddie Harrell’s of Ahoskie, Ace Hardware, and The Bow Shop of Rich Square. Raffle tickets are $5 each or five for $20. Participants do not need to be present to win.

People interested in purchasing raffle tickets can call Michelle Dilley and Daniel Johnson or buy them at several places, including Arrington Insurance in Ahoskie, The Grapevine Café, Woodland’s Town Hall, and Sidney’s Market in Milwaukee.

The goal of the fundraiser is not only to help the Dilley family with expenses, but to also raise more awareness about selective mutism, particularly so that more people can understand the challenges of the anxiety disorder and to hopefully encourage more local options for treatment.

“Let’s ride to give Macy a voice,” reads the flyer for the event, a hope shared by everyone who knows the young girl.