Agents with the State Bureau of Investigation arrested a Gates County sheriff’s deputy on Friday, May 26, on sexual assault charges of a prisoner in his custody, and his case went before a Grand Jury in Hertford County today (Tuesday).

Deputy Patrick Batts, age 27 and a six-month employee of the Gates County Sheriff’s Office, is charged with sexual contact by a custodian, obstruction of justice and first degree sexual offense.

According to a press release sent Tuesday by the SBI, Batts was transporting a female prisoner from Gates County to the Hertford County Jail late Wednesday evening, May 24. In the early morning hours of Thursday, May 25, he reported that the prisoner had escaped.

Surveillance video shows that the deputy let the prisoner get out of the car and leave.

Agents arrested Batts that night for actions that allegedly occurred while en route to the jail in Winton. 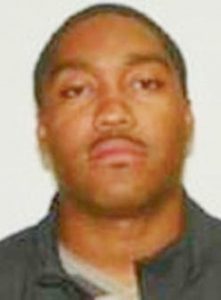 Upon a follow-up inquiry by this newspaper, it was learned that the prisoner was located after being freely released by Batts.

According to SBI spokesperson Patty McQuillan, the woman is no longer in custody. McQuillan added that the woman was facing non-violent offense charges in both Gates and Hertford counties.

As far as the timing of all events – beginning with Batts departing Gates County with the prisoner, to his arrival at the Hertford County Jail, to the time that the surveillance video showed the female prisoner exiting the car, to the time that the deputy reported her escape – McQuillan said that remains under investigation.