MURFREESBORO – Regina Curle “GiGi” Parker, 64, passed away peacefully on May 25, 2017 at her Rivah home surrounded by her family and friends after a brief illness. Immediately after her passing, a beautiful rainbow formed, bringing peace to those who were present.

Regina was born in Franklin, VA and was raised in Como, NC. 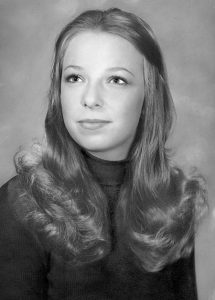 She was a 1971 graduate of Murfreesboro High School and a 1975 graduate of East Carolina University. She had retired after 30 years of service with the Roanoke Chowan Human Services Center as an advocate for children and adults with developmental disabilities. She was a member of Meherrin Baptist Church and a former EMT with the Murfreesboro Rescue Squad.

She was loved and appreciated by all who knew her, leaving a legacy of care and compassion. Remaining behind to cherish her memory are her husband of 41 years, Kenny Parker; her mother, Myrle Vinson Curle; two sons, Brett Parker (Nikki) and Drew Parker; two sisters, Pam Curle Carr (Miles) and Gay Curle Sumner; three grandchildren, Brody, Logan, and Knox Parker; her mother-in-law, Edith Parker; and many nieces and nephews.

Gina was predeceased by her father Elvin Brett Curle.

A funeral will be conducted at 11a.m. on Tuesday, May 30, 2017 in Meherrin Baptist Church with Rev. J. Brabban and Rev. John Porter officiating. The burial will be private.

The family will receive friends on Monday, May 29, 2017 at Meherrin Baptist Church from 5 to 7 p.m. and suggests that memorial donations be made to Roc Solid Foundation (rocsolidfoundation.org) or the Como Volunteer Fire Department.