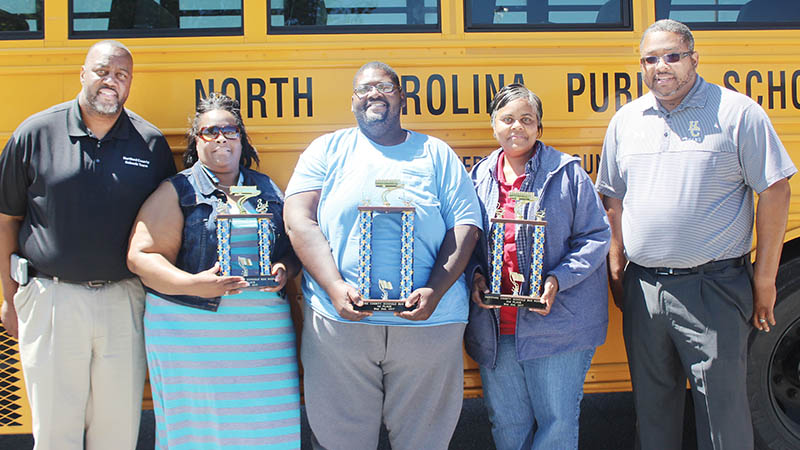 WINTON – It’s that time of the year where Hertford County school bus drivers come together to compete against each other using their skills in precision driving. Each event is timed or measured to determine the score.

Bus Roadeo competitions are safety competitions held at the local, district and state level. These competitions are designed to improve drivers’ awareness of their surroundings, equipment and passengers. An obstacle course is set up to simulate passenger stops, right and left turns, intersections, obstacles in the roadway and stopping ability to name a few.

Local competitions are structured by the Transportation Supervisor and DMV School Driver Trainers for the purpose of selecting the individual who will represent their LEA in the District Competition, which was held on May 12 at Nash Central High School. The representative for Hertford County Public Schools was Eric Turner of Early College High School, who captured first place honors at the recently hold Hertford County Public Schools Bus Roadeo.

The District competitions will select the top 10 drivers to represent at the State Level competition on Thursday, May 25 at the North Carolina State Fairgrounds in Raleigh. If the driver cannot participate in the State Competition the driver who places next shall serve as an alternate.

When all competitions are concluded, the state of North Carolina will crown its 2017 School Bus Driving Champion.