Jenna Marie Lusk and Stanley Ames Anderson will be united in marriage during a private beach ceremony on June 2, 2017, at the 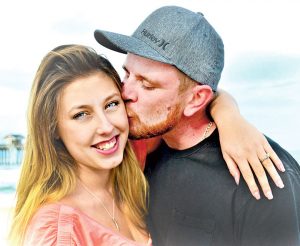 Outer Banks of North Carolina. An intimate reception will follow on June 3 with their family and friends. The bride is the daughter of Jimmy and Mitzi Lusk of Sedley, Virginia. Jenna is also the maternal granddaughter of Gloria and Hollet Warner of Westminster, Colorado, and J.R. and Debbie Seibold of Allyn, Washington. She is also the paternal granddaughter of Ronnie and Madge Lusk of Sedley. The groom is the son of Ames and Sandy Anderson of Conway, North Carolina. Stan is the maternal grandson late Stanley Sauls and Eloise Sauls, who lived in Conway. He is also the paternal grandson of Margaret Anderson of Rocky Mount, North Carolina, and the late Austin Anderson. The bride and groom will reside in Conway.

AHOSKIE – Creekside Care kicked off National Nursing Home Week with a parade, balloons, and hamburgers for everyone. The annual... read more