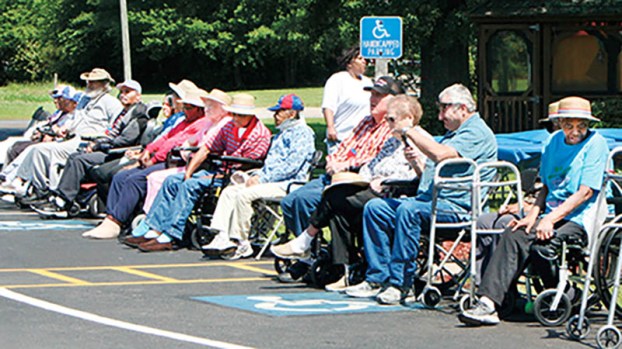 Residents at Creekside Care and Rehab, located on Stokes Street in Ahoskie, take their seats in front of the facility on Monday morning where a parade and other events were held to officially start National Nursing Home Week. | Staff Photos by Holly Taylor 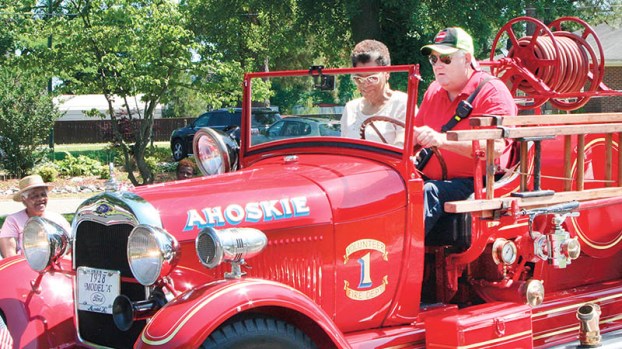 A fully restored 1928 Model A Ford fire truck, owned by the Ahoskie Fire Department, served as the escort for Rev. and Mrs. Roy Sharpe from 2nd Baptist Church St. John. 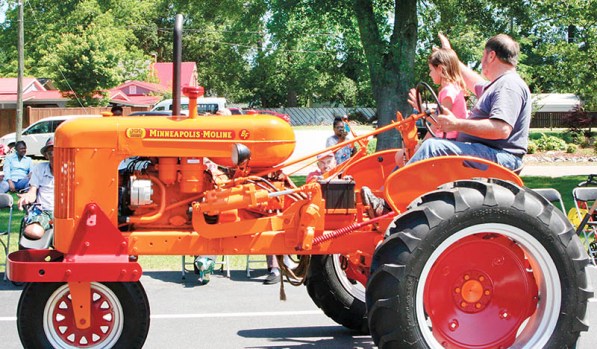 An antique tractor passes in review of the Creekside Care residents.

AHOSKIE – Creekside Care kicked off National Nursing Home Week with a parade, balloons, and hamburgers for everyone. The annual event is a celebration of skilled nursing facilities, their staff, and their residents.

This year’s theme is “The Spirit of America.”

Residents and staff of Creekside Care, resting comfortably in chairs, lined up outside on the morning of May 15 to first watch the parade go 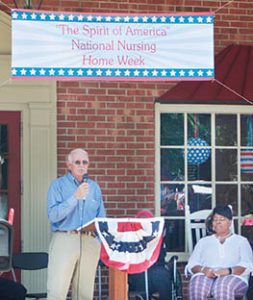 Residents waved as the participants passed by.

The Junior ROTC members led the crowd in saying the Pledge of Allegiance at the end of the parade.

“Senior citizens have a lot to offer the younger generation,” Rowe said, adding that he hoped everyone would enjoy the week.

Before a lunch of hamburgers was served, the staff released balloons into the air with nametags attached, so that anyone who finds the balloons can send a message back to the residents.

The rest of the week will be filled with more celebratory events at Creekside Care, including a day of celebration for children and grandchildren of staff and residents on Tuesday, and the “Family and Friends Extravaganza” on Thursday, May 18 which will include a Gospel Sing featuring several performers from 4 p.m. until 8 p.m.

Carolyn Pierce, Activity Director for Creekside, said that Monday’s kick-off celebration was a way to bring the community together.

National Nursing Home Week was established in 1967 by the American Health Care Association. It begins every year on Mother’s Day.