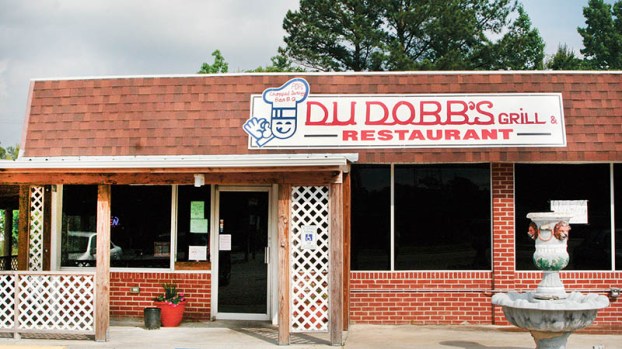 Vernon Moore, better known to everyone by his childhood nickname “Du Dobb,” opened the eatery on February 20 right on Main Street of his hometown, Rich Square. The restaurant offers country style cooking and “soul food” including all the traditional favorites such as fried chicken, barbecue, collard greens, cabbage, and homemade desserts.

“I try to go back to the old style tradition,” Moore said of how he prepares meals for his customers, but adds that he also does new styles to adapt.

His spaghetti, the restaurant’s Wednesday special for example, is prepared just how Moore learned from his mother. The noodles, sauces, and meatballs are all cooked together “the old fashioned way.”

“I’ve been cooking since I was 11 years old,” Moore explained.

Moore was the youngest of 10 children, and so it was his job to help his mother in the kitchen. He fondly recalled memories of baking lots of cakes for his siblings at Christmas time every year. These experiences sparked a lifelong love of cooking that continued even after he grew up and worked different jobs.

Before he had the opportunity to open his restaurant, Moore did catering on the side for several years. He became known in particular for his turkey barbecue, and people as far away as South Carolina and New Jersey have come to try it.

His turkey barbecue, usually served on a large bun topped with slaw, doesn’t look all that different from pork barbecue and tastes just as delicious.

Essie Bowser, an employee who does “a little bit of everything” at the restaurant, said that people who don’t eat pork like the turkey barbecue as a healthier option.

“He loves to cook, loves people to taste his food,” Bowser said of Moore’s dedication to the restaurant. 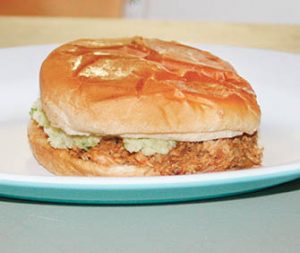 “It’s not just about me,” Moore added, explaining that he wanted to give back to the town of Rich Square, to help it grow while also giving people a chance to work.

“I want the community to look at it as somewhere else to go. We’re here for the community,” he said, noting that the restaurant is open to hosting special events, club meetings, sports teams, church events, and anything else.

Many people from Rich Square Manor, the rest home next door, walk over to enjoy a meal there as well.

“Our number one goal is to satisfy the customers.”

Moore said that his biggest challenge so far is just pushing himself to improve and expand what the restaurant has to offer. He’d like to extend the restaurant’s hours, offer even better customer service, and keep being innovative in the kitchen.

The restaurant recently had a drawing for three lucky people to win a free meal on Mother’s Day. They plan to continue doing fun promotional events like this in the future.

Located at 408 North Main Street in Rich Square, Du Dobb’s Grill and Restaurant is open from 6 a.m. to 6 p.m. on Monday through Thursday, 6 a.m. to 8 p.m. on Friday and Saturday, and 12 noon to 6 p.m. on Sundays. Breakfast is served all day long and includes a variety of foods such as biscuits, waffles, omelets, grits, pancakes, and home fries.

The restaurant also offers catering services for any event. The number to call is 252-539-2290.

“If we don’t have it, we’ll work on getting it,” Moore promised.

Come visit the family-friendly restaurant anytime and Du Dobb himself will be around in the kitchen, behind the counter, or among the tables chatting with customers. He’s not hard to find.

By LANCE MARTIN rrspin.com RICH SQUARE – William Cole Robbins, 20, of Rich Square was about 200 yards from his... read more