“Beth” is someone I will never forget. She was my first call on the domestic violence hotline I worked years ago, but the experience is still fresh in my mind.

When we first spoke, she warned that her spouse would kill me if I assisted her in fleeing from her abuser. This was a typical threat, and I didn’t give it much thought until she shared more. The abuser had recently been released from a lengthy prison sentence for domestic violence against her. This is when my spouse needed assurance that my phone number was blocked. Of course, it was blocked as a 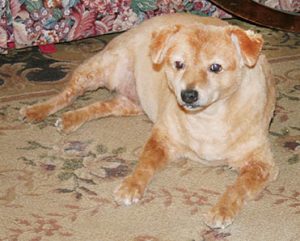 Princess was rescued in cotton fields near Murfreesboro. Even though her rescuer treated her like royalty, Princess still suffered from needless cruelty which left shotgun pellets embedded in her body. | Photos by Carol Lang

requirement for the safety of all crisis line advocates.

As the conversation deepened, I found that “Beth” was a prisoner in her own home. The family property had a locked fence that resembled one of a detention center. Her only outside connection was when she rode weekly with a neighbor to purchase groceries. Although she had been isolated from her parents in New York, she desperately wanted to return home to be free of emotional and physical abuse. So, what was the problem? Why hadn’t she just returned home?

The obstacles were the lack of funding and her inability to leave her precious dog and cat! Her pets were the only two positive things in this world that kept her sane and functional, and she couldn’t abandon them. She feared that he would kill or mutilate them as he had promised as retaliation without her watchful eye.

As many pet parents surprisingly find themselves in violent homes, and their inability to defend themselves is likened to standing in quicksand, so are the precious pets who also share the home.

Grammer was a rat terrier I once fostered with terrors from the home he once lived. Each time a voice would escalate, even jokingly, he would run under the nearest chair or sofa for safety. Not only would his eyes glare, his heart would pound, and his little body would shake uncontrollably. Any reminder of the past would take him to that horrific place so many years prior.

Because cruelty to animals and domestic violence go hand-in-hand, pets are often held hostage in very dangerous home and domestic violence situations. A partner will remain in an unsafe environment because of the fear of leaving a dog or cat behind. Although this is a dark and secret reality for many of our precious pet owners and pets, there is hope at the end of the tunnel. As with “Beth,” she and her fur babies got out safely to return to New York with help from the local domestic violence organization. 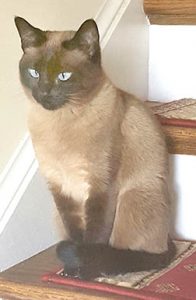 Brought to a shelter as a young cat, Sophie couldn’t tell her adopters what had caused her to be fearful and unable to trust, but she gained confidence in a home where she was treasured and loved.

In addition to assistance from local agencies, Congress recently re-introduced legislation with strong bipartisan support in February for federal protections for domestic violence victims and their pets against abusers. The pending Pet and Women Safety (PAWS) Act would “prohibit abusers from crossing state lines to harm a domestic partner’s pet, and adds veterinary care to the list of restitution costs to be recovered by victims. It would also authorize much-needed federal grant funding to provide assistance and housing to victims’ pets in need of emergency shelter. Despite an urgent need, currently only 3% of domestic violence shelters nationwide are able to accommodate victims’ pets.”

For additional information, please go to https://www.aspca.org/news/congress-introduces-bill-help-victims-domestic-violence-and-their-pets, or go to the North Carolina Coalition Against Domestic Violence website at nccadv.org.

If you would like to help PAWS of Hertford County assist dogs and cats like those mentioned in this article, please go to Pawsofhertfordcounty.org or call us at 252-642-7297.