WINDSOR – As Craig Clifford Wissink made his initial court appearance here Monday in the murder of a prison officer, questions remain about the inmate’s motive for killing Sgt. Meggan Callahan last week at Bertie Correctional Institution.

Wissink was represented in court by Attorney Robert Singagliese of Durham. 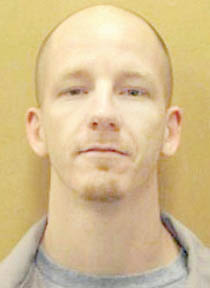 When asked about specifics of the case against Wissink, to include whether or not he intentionally targeted Sgt. Callahan in an effort to cause her physical harm, Asbell said the professional rules of conduct, specifically the special rules that apply to prosecutors, do not allow her to comment on the facts of this or any other pending case.

“What I can tell you is that Craig Wissink, an inmate at Bertie Correction Institution, has been charged with 1st degree murder,” Asbell said in a statement on Wednesday. “The investigation in the death of Sergeant Meggan Lee Callahan is ongoing and numerous agencies, including the Windsor Police Department and the North Carolina State Bureau of Investigation, are participating in the investigation. I will continue to advise law enforcement and monitor this investigation as required by the law. My prayers go out to the family of Ms. Callahan.”

When the R-C News-Herald posed the question about Wissink’s motive to the NC Dept. of Public Safety, Greg Tart, SBI Deputy Director, responded.

“The murder investigation of Sgt. Meggan Callahan continues with the SBI gathering and examining evidence in the case,” he said. “This includes video evidence which will not be released while the investigation is underway.

“As with any murder investigation, motives are an important factor. The SBI is working to understand the motives of the suspect. At this point, we cannot definitively say if the victim was explicitly or generally targeted by the suspect,” Tart added.

What is known about the case is that Sgt. Callahan was responding to a trash can fire in a dormitory of Bertie Correctional Institution at around 5:30 p.m. on Wednesday of last week. She got a fire extinguisher and attempted to put out the blaze. Wissink immediately attacked the sergeant and a struggle ensued. The inmate managed to get the fire extinguisher away from Callahan and used it in the assault. Sgt. Callahan sustained injuries from the attack, which ultimately led to her death.

A spokesman with the North Carolina Division of Prisons said that Wissink, age 35, is being held at Central Prison in Raleigh.

Wissink has been in prison since April 2004, serving a life sentence for a first degree murder conviction in Cumberland County. In that crime – which occurred in Fayetteville on the night of June 27, 2000 – he killed a man with a shotgun blast to the chest following a home invasion.

Records show that Wissink was transferred to Bertie Correctional Institution in October 2015.