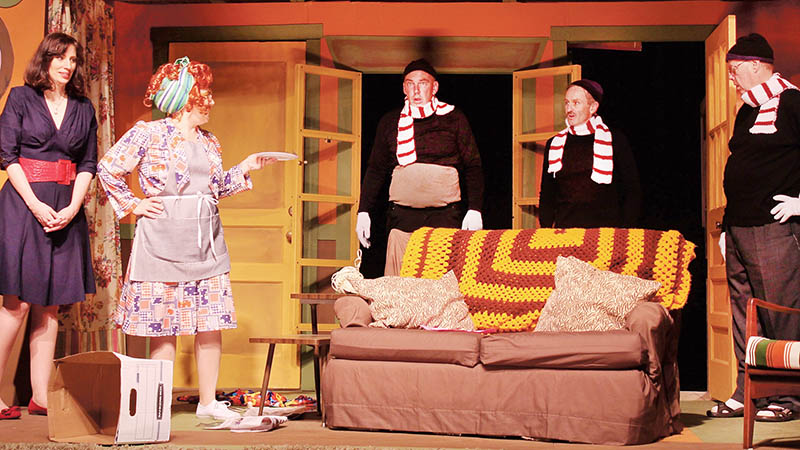 There are still three more chances to see “Noises Off” at the Gallery Theatre – 7:30 p.m. on May 5-6 and 2:30 p.m. on May 7. Shown here are a few of the Gallery performers on stage – from left, Lori Harders, Mamie Balance, Jochen Kunstler, Tim Flanagan, and Michael Spruill. | Contributed Photo

Called the funniest farce ever written, Noises Off presents a manic menagerie as a cast of itinerant actors rehearsing a flop called “Nothing’s On”. Doors slamming, on and offstage intrigue, and an errant herring all figure in the plot of this hilarious and classically comic play.

Noises Off is a play within a play. It is about an ambitious director and his troupe of mediocre actors.

This project was supported by the N. C. Arts Council a division of the Department of Cultural Resources.