HALIFAX – A former state Department of Public Safety probation officer pled guilty here Monday to four counts of second-degree rape, charges which reflect he abused his power to intimidate two women he was assigned to guide through their post-release cases. 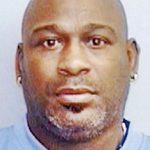 Judge Ed Wilson of Rockingham County sentenced Maud Edwin Elliott Ingram of Henrico to three consecutive prison terms of 73 months to 148 months, and consolidated the fourth count with the third.

That gave Ingram, who is now 51 and was 49 at the time he was charged by the North Carolina State Bureau of Investigation, a sentence range of 18.25 years to 37 years.

Other charges initially filed against him were dropped and he will have to register as a sex offender upon his release from prison.

Ingram, the husband of District 3 State Senator Erica Smith-Ingram, was indicted in late July of last year on the charges.

Judge Wilson on Monday declined to defer Ingram’s sentence, as requested by his attorney, Damian Tucker of Rocky Mount, so he could watch his son’s graduation ceremony next month and ordered him into immediate DPS custody.

Wilson commended the two victims in the case, including one from Hertford County where Ingram was initially employed in June of 2012 as a Community Corrections Officer, after their testimony in a sentencing hearing, telling them, “Hold your head high. Your work with the district attorney is something you should be proud of.”

Ingram worked out of the Community Corrections office in Winton office until his transfer to Halifax County in 2014.

The case stemmed from a complaint lodged by a victim who was on probation in Virginia but after her mother died moved to Roanoke Rapids for more affordable rent. She also had family ties in Halifax County, Chief Resource Prosecutor Kimberly N. Overton of the North Carolina Conference of District Attorneys told the court.

Ingram was assigned to her supervision and also supervised her stepdaughter.

During the course of the supervision, the victim was raped seven times.

Ingram hung the threat of returning her to prison over her head if she did not comply with his demands of sexual intercourse.

In September of 2015 she contacted the Chichester Law Firm in Roanoke Rapids “and shared with attorney Geoffrey Davis she was having problems with her probation officer.”

After the initial consultation with Davis, she met with both Davis and Gilbert Chichester.

There were inappropriate text messages sent and explicit photos taken during the course of the crimes.

The victim took one condom Ingram used, wrapped it in a tissue and put it in her freezer.

“She asked to be assigned a different probation officer,” Overton said.

Ingram, who during the time was under review for poor performance, gave the victim money to pay her probation fee.

“He gave her money to deceive and manipulate the system,” Overton said.

The victim was raped once at her first residence in Roanoke Rapids; twice at the probation office on Highway 301 between Weldon and Halifax; once at one of the area’s boat landings in the bed of Ingram’s truck; twice at a second residence the victim lived in Roanoke Rapids and a community building in the Henrico area.

Ingram would position her so he faced the window, Overton said. He wore his state-issued weapon.

On September 17, 2015, the SBI set up surveillance of the victim’s house on Mills Street in Roanoke Rapids, three agents staying in a back bedroom.

Ingram instructed the victim to sit on a couch and spread her legs so he could photograph her.

“He told her the pictures were for collateral and for his purposes,” Overton said.

At that point SBI agents arrested him. The victim gave the SBI the condom in the freezer, which not only contained her DNA but Ingram’s, two tests showed. A subsequent search showed he had a condom easily accessible in his front left pocket.

The second victim in the case called an SBI hotline on September 21 of 2015 after seeing Ingram’s mugshot in the Roanoke-Chowan News-Herald of Ahoskie. Ingram knew the second victim was using drugs and told her, “‘I can help you, you can help me.””

The Hertford County rapes occurred between April and September of 2012.

Two rapes occurred at her mother’s home in Winton and one at the probation office in Hertford County, also located in the county seat of Winton.

“He chose these victims at a time in their life they were both experiencing grief over the loss of their mothers and he was exercising control and abuse of his authority,” Overton said. “We feel justice was served and the community was protected. The victims had been sentenced to a life of trauma. He chose them because of the time over their heads. Instead of protecting them he just pounced on them.”

Note: Thursday’s edition of the Roanoke-Chowan News-Herald will have more on Monday’s court proceedings, including comments from the two victims as well as character witnesses for Ingram.