Mr. Parker was born in Bertie County, NC, on June 17, 1954, a son of Vauda Hoggard Parker and the late Troy Lee Parker, Sr. He was a member of Kelford Baptist Church, and in his younger years he enjoyed hunting with his friends. Leslie worked in the Roxobel ABC Store and later took over as manager in the Powellsville location. He was a member of the Kelford Volunteer Fire Department for over thirty-five years, serving as Chief for thirty-three years.  Leslie and his wife, Sue, also owned and operated the Quik Bite in Roxobel until his health forced them to close. 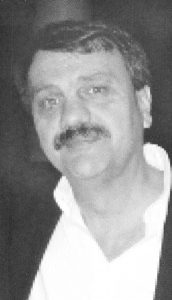 Besides his father, Leslie was predeceased by a brother, Wayne Parker.

A celebration of life graveside service will be held on Monday, May 1, 2017 at 11:00 am at the Roxobel-Kelford Cemetery, Roxobel, NC, with Rev. H. C. Boschen, officiating.

In lieu of flowers, memorial contributions may be made directly to the Kelford Volunteer Fire Department, P.O. Box 176, Kelford, NC 27847 or you may donate online by visiting www.tmcfunding.com/search; then type Harold Parker.

Garrett-Sykes Funeral Service – Rich Square Chapel is handling the arrangements for the Parker family and online condolences can be directed to the family by visiting www.garrettsykesfs.com.