WINDSOR – An inmate here at Bertie Correctional Institution has been formally charged with first-degree murder in the death of a correctional officer, according to Windsor Police Chief Todd Lane.

Craig Clifford Wissink, 35, was the initial suspect in the death of Sergeant Meggan Lee Callahan, 29, of Edenton.

According to the initial press release issued Wednesday evening by the North Carolina Dept. of Public Safety, Sgt. Callahan was assaulted by an inmate at approximately 5:30 p.m. that day. She succumbed to those injuries 50 minutes later despite life saving measures conducted by Bertie CI medical staff and local first responders. 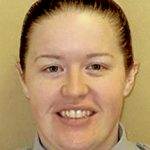 In a press release sent late yesterday (Friday) afternoon, the investigation into Sgt. Callahan’s murder found that she was responding to a trash can fire in a dormitory of Bertie Correctional Institution. She got a fire extinguisher and attempted to put out the fire. Wissink immediately attacked the sergeant and a struggle ensued. The inmate managed to get the fire extinguisher away from Callahan and used it in the assault. Sgt. Callahan sustained injuries from the attack, which ultimately led to her death.

The case is still an active and the ongoing investigation is being conducted by the Windsor Police Department and the State Bureau of Investigation. The Department of Public Safety will conduct an internal investigation. Sgt. Callahan’s family has requested privacy during this time.

Wissick has been transferred from the Windsor facility to Central Prison in Raleigh.

“I am deeply saddened and send my heartfelt sympathies to Sergeant Callahan’s family,” said Public Safety Secretary Erik A. Hooks. “We will do all we can to support her family as well as the correctional family.”

Callahan, who attended Chowan University from 2005-06, has been with the department since January 2012. She was promoted to sergeant in February 2016.

A statewide tribute to Callahan came Thursday from Gov. Roy Cooper who ordered flags at all state facilities lowered to half staff.

The last time a correctional officer or staff member of a prison facility owned and operated by the state died in the line of duty was in 1975 when Dental Assistant Jenette W. Fish of Triangle Correctional Center was killed by an inmate.

Since 1939, 12 DPS employees have died in the line of duty. Eight of those were outside prison walls involving motor vehicle accidents.

Wissink has been in prison since April 2004. He is serving a life sentence for a first degree murder conviction in Cumberland County. In that crime – which occurred in Fayetteville on the night of June 27, 2000 – he killed a man with a shotgun blast to the chest following a home invasion. 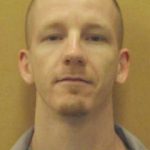 On June 11 of last year, inmate Joleski Floyd, 24, died at Vidant Medical Center in Greenville after being brutally attacked one day earlier by a fellow prisoner. At the time of his death, Floyd was serving a 10-to-13 year sentence for second degree murder.

Following an investigation by the Windsor Police and NCDPS, Marques D. Grays was charged nearly one month later (July 6, 2016) in Floyd’s murder as well as for injuring another inmate in the same attack. Grays was serving an eight-year sentence for first degree burglary and robbery with a dangerous weapon in a 2011 crime committed in Guilford County.

In an apparent retaliation for Floyd’s murder, Grays became the victim of an assault and was stabbed with a homemade shank and was treated for his injuries at Bertie Vidant Hospital. Fellow inmate Tyquon Devoeta Meggett was charged in that attack.

Another stabbing occurred the same day when inmates were preparing to leave their cell blocks for breakfast. Anthony Smyre was stabbed multiple times in the chest and back. Fellow inmate Cardarris Thomas was charged with assault with a deadly weapon with intent to kill inflicting serious injury.

On May 3, 2015, Bertie Correctional Officer Marvin Garris Jr. of Rich Square received serious injuries to his eye, head, and face after being attacked by one of the 10 inmates he and other officers were escorting to the prison’s medical unit.

William E. Allen Jr., an inmate serving time for second degree murder and armed robbery, was charged in the attack on Garris.

In another 2015 case, an inmate at Bertie stabbed a prison staff member with a homemade weapon. Keisha Barnes, a correctional programs supervisor at Bertie, was in a sergeant’s office when inmate Joseph Gray entered and stabbed her, authorities say. Gray was charged with assault with a deadly weapon with intent to kill.

In late August of 2012, six BCI inmates, four serving life sentences for first degree murder, were charged with assault on several correctional officers. The police report stated that during the incident several inmates were seen kicking the officers with steal toe boots, some were seen caring batons which were taken from the officers and one inmate was seen striking an officer with a broom handle.

Three officers were transported to Vidant Bertie Hospital for serious injuries and several others were treated for minor injuries.

After investigating the matter, inmates Jay Brook, Zebroan Artis, Ricky Lytch, Joseph Canady, Kyle Bunch and Michael Willis were charged with one count each of assault with deadly weapon with the intent to kill inflicting serious injury for each of the three officers that suffered the most serious injuries.

WINDSOR – Whenever Jannie Swain hears someone say “your home is your castle”, the words will have special meaning. Swain,... read more