AULANDER – Douglas Earl Davidson of Aulander, NC peacefully passed away, with his family at his side, at the age of 75 on April 19, 2017. 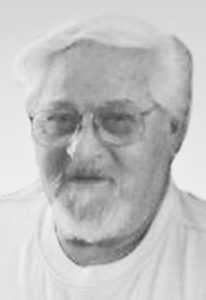 Doug was predeceased by his parents, Earl and Mary Davidson; his sister, Jackie Davidson; and great granddaughter Genesis Martin.

Doug is survived by his wife, Betty; his sister, Judy; his son, Doug, Jr. and his wife Christine; and his daughter, Jacquelyn. He has three grandchildren, Michelle, Joey, and Rebecca. He also has five great grandchildren, Brayden, Anastasia, Landon, Preston and Eli.

Doug was employed at Texaco for 30 years. He was an Air Force veteran. He was an avid bowler from the time he was a teen. Doug loved yard work and always had the greenest grass in the neighborhood.

Doug’s family have all been touched deeply by his life and will miss him dearly.