SEABOARD – Quick work by the Northampton County Sheriff’s Office has led to the arrest of a Seaboard man who stands accused of attempted murder.

Devon Everett is jailed under a $1.25 million bond and is scheduled to make his first appearance today (Thursday) in Northampton County District Court. Everett is charged with three felonies: attempted first degree murder, possession of firearm by convicted felon, and assault with deadly weapon with intent to kill inflicting serious injury. 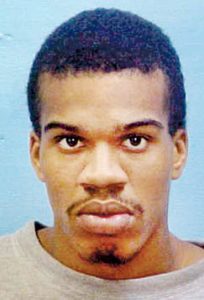 According to Patrick Jacobs, Captain of the NCSO’s Criminal Investigations Division, the Sheriff’s Office received a call shortly before 12:30 p.m. on Tuesday

Northampton Co. Sheriff’s Office from a male who stated he had been shot multiple times. Deputies responding to the scene in the Seaboard area located the victim in a field / wooded area behind an abandoned building off Jordan Mill Road.

Jacobs said the victim suffered numerous gunshot wounds to the body and is in stable condition at an undisclosed location.

NCSO Lt. J. Jenkins and other investigators were able to quickly identify the shooter as Everett, who later turned himself in at the Northampton County Sheriff’s Office in the evening hours.

Jacobs said the investigation into this shooting continues and more charges are expected to be obtained against Everett in the coming days.

Northampton Sheriff Jack Smith stated that he would like to thank the effort put in by his deputies and investigators, especially Lt. Jenkins.

AHOSKIE – What started as an attempt to cash a check at a local bank ended with two Virginia residents... read more