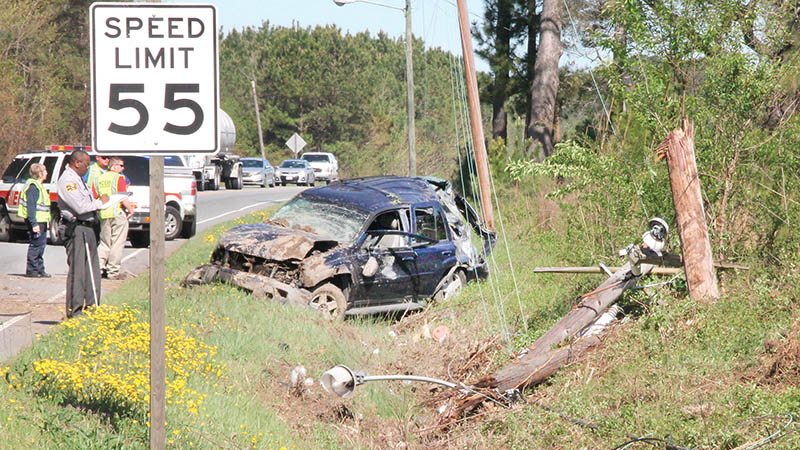 This Sunday morning accident in Cofield on NC 45 ended tragically as a Winton woman was killed. | Staff Photo by Cal Bryant

Patricia Ann Rankins, 49, of Winton died after her vehicle overturned at least twice after it left the roadway. Rankins was ejected and died at the scene, according to North Carolina Highway Patrol Trooper J.K. Jones who investigated the accident.

The wreck occurred around 9:45 a.m. on NC 45, just north of the railroad crossing in Cofield. At that time, Rankins was operating a 2002 Chevrolet Trailblazer northbound. Trooper Jones said the vehicle ran off the road to the right, struck a ditch and overturned. It then impacted an electrical service pole before coming to rest on its wheels in the ditch off the northbound lane.

He added that the distance between where the vehicle’s tires first left the pavement to the point where it came to rest was 223 feet.

Rankins, he said, was not wearing a seat belt and was tossed 30-to-40 feet north of where the vehicle came to rest in the ditch.

Jones stated that excessive speed was a contributing factor to the accident.

The motor vehicle fatality was the fourth of 2017 in the Highway Patrol’s Troop A / District II area (Bertie, Gates and Hertford counties). Of those, three have occurred in Hertford County.