HALIFAX – A Halifax County grand jury on Monday returned true bills of indictment on 10 counts against a local funeral director.

Other counts against Harold Massey remain pending in district court, officials said, and it is not clear whether they will be dismissed or be presented to the grand jury at a future date.

Massey’s attorney, Gilbert Chichester, said Monday evening he will file a motion to dismiss the remaining counts if the state doesn’t.

He also said he didn’t know what the state’s motivation was for only proceeding on the counts for which his client was indicted. 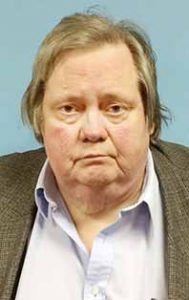 On the indecent liberties with a child counts, the grand jury found reason to believe Massey allegedly committed a lewd and lascivious act upon the body of the victim who was under the age of 16 at the time.

These acts are alleged to have occurred between August 1 and August 31 of 2007, according to the indictment.

The three counts of statutory sex offense by adult, the grand jury determined, occurred by Massey allegedly performing a sex act with the victim when the victim was under 13 and Massey was 44 years older than the victim.

These acts are alleged to have occurred between April 1 and April 30 of 2009.

The first two counts of statutory sexual offense by adult are alleged to have occurred between June 1 and July 29 of 2011 and reportedly involved Massey engaging in a sex act with the child, who was under the age of 13 and Massey being 44 years older.

The last two counts of statutory sexual offense by adult reflect a period of April 1 and April 29 of 2013. They involve the same alleged sex act as noted in the first two counts.

Massey, who owns funeral homes in Roanoke Rapids, Jackson and Aulander, and is a noted country gospel singer, was charged with multiple sex offenses by the Halifax County Sheriff’s Office at the end of January.

At that time the sheriff’s office charged him with 50 counts of indecent liberties with a minor child and 31 counts of statutory sex offense.

Detectives B.C. Griffin and Robert Hale investigated the case and the charges stem from offenses allegedly committed from 2006 to 2012, the sheriff’s office said at the time of Massey’s arrest.

The sheriff’s office said the alleged victim is a male juvenile who was 7 at the time the offenses reportedly began and 13 when they ended.