COURTLAND, VA – Cedric Blake “Butch” Bryant, Sr., 64, passed away March 18, 2017 at Courtland Healthcare Center. He was born January 17, 1953 in Franklin, VA and was the son of the late Beckwith and Betty Sue Thompson Bryant.

He was predeceased by his grandparents, Roger and Lila Bryant of Conway, NC. 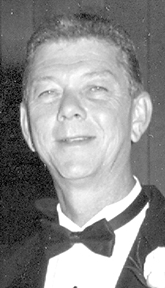 Butch was employed by International Paper for 37 years as an Electrician and Safety Coordinator. He was a former Union President.

A memorial service will be held at 7 p.m. on Thursday, March 23, 2017 at Wright Funeral Home, Franklin, VA with Pastor Sammy Moore officiating. The family will receive friends one hour prior to the service at the funeral home and requests, in lieu of flowers, that donations be made in Butch’s memory to the American Heart Association, or any Humane Society or pet shelter.