“All In” for the safety of HCPS 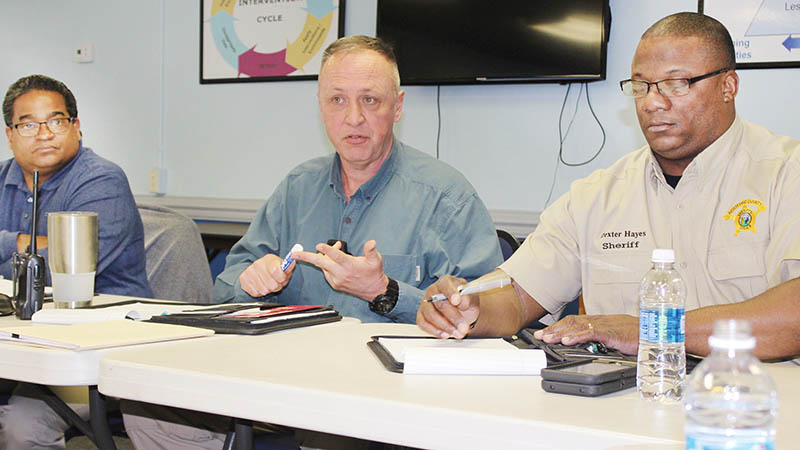 The growing trend of violence, suicide and other crisis in schools across America is becoming not an occasional occurrence but rather an everyday reality. Therefore, in response to this growing societal trend, Hertford County Public Schools is being proactive by collaborating with local law enforcement and community agencies to examine, discuss, and consider practices and protocols to promote and facilitate safety for the schools and the community should a crisis arise.

Biggers hopes that this meeting of local law enforcement officials will serve as a springboard for additional focused meetings, mock drills and efficient ways to handle crisis situations in the schools.

This initial meeting is the launch of ongoing dialog with law enforcement which will result in a collaborative partnership “All In” for the good of the community and the district.