Williams is a native of Bertie County and is a graduate of Bertie High School and has a Criminal Justice Degree from Elizabeth City State University. 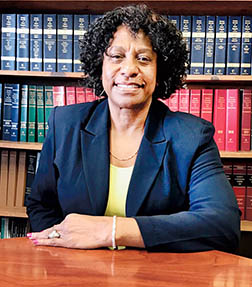 Lindora Williams has been named as Chief Magistrate in Bertie County. She has served as a Magistrate since 1996. | Contributed Photo

Before being appointed Magistrate of Bertie County by Senior Resident Superior Court Judge Cy Grant, Sr., in 1996, Williams worked as a Telecommunicator and as a Deputy with the Bertie County Sheriff’s Office. She has provided dedicated and loyal service to Bertie County since her appointment as Magistrate.

According to her supervisor, Chief Judge Branch, “Chief Williams represents Bertie County in a professional manner and endeavors to acquire extensive knowledge of the laws of the state so as to apply them fairly and respectfully to the citizens of Bertie County.”

Williams expressed her gratitude for the confidence Judge Branch has placed in her.

“I appreciate the opportunity to serve as a Magistrate of Bertie County and the State of North Carolina. I welcome the added responsibility of Chief and look forward to interacting with other magistrates and judicial officials to be of greater benefit to our citizens,” Williams stated.