Chowan University advances to the semifinals of Ethics Bowl 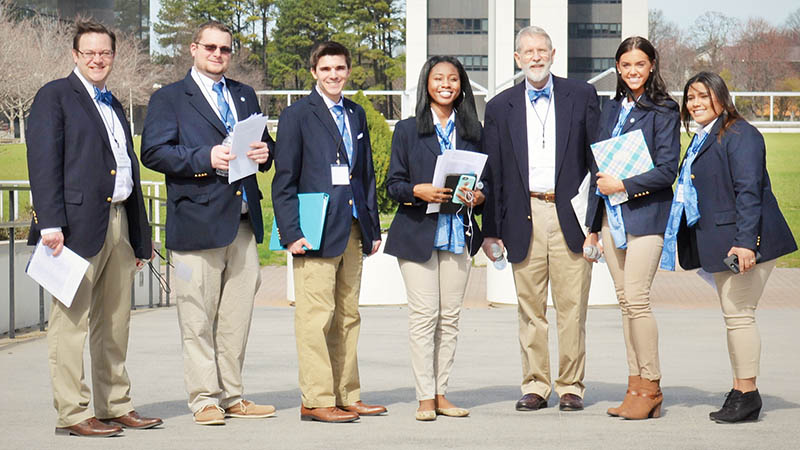 MURFREESBORO – Chowan University was one of 22 colleges that participated in the North Carolina Independent Colleges and Universities Ethics Bowl, debating ethics in law, on February 17-18.

The 2017 Chowan Ethics Bowl team made history as the first team from the university to advance to the semifinal rounds.

Chowan was represented by five students:

They were accompanied by their campus coordinators Dr. Keith Reich, Chair of the Religion Department, and Dr. J. Brabban, Lee Oliver Fagan Distinguished Professor of the Bible.

Dr. Keith Reich says, “This really is a special group of students. They came together and played with great teamwork, better than Dr. Brabban or I could have expected. I couldn’t be more proud of them.”

A few of the topics debated include, professional responsibilities, legal liability, humane treatment, individual rights vs. community standards, and corporate ethics in international context. Teams participated in three rounds of debate Friday, and one round Saturday, followed by the semifinal and final rounds.