How big is too big? 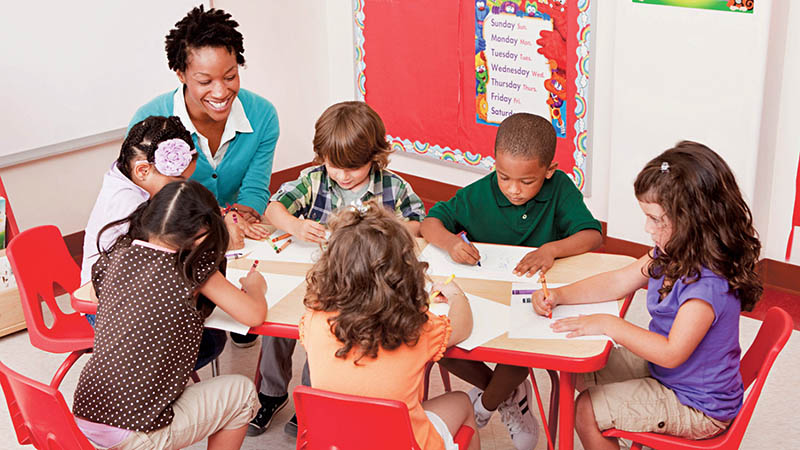 Reducing the number of students per class in the lower grades is a measure currently being discussed within the NC General Assembly. | Web Photo

It appears that North Carolina’s General Assembly is backing off somewhat on a legislative mandate discussed last year regarding a significant change in the maximum number of students per classroom in grades K-3 in the state’s public schools.

One week ago, the North Carolina House of Representatives voted unanimously to pass House Bill 13 Class Size Requirement Changes. That proposed legislation, which now must be approved by the State Senate, gives local school districts the flexibility they requested for class size scheduling in kindergarten through the third grade.

However, the proposal, if passed, will still impact public school districts in the Roanoke-Chowan area. Maximum individual K-3 class sizes will drop from 24 students to between 19 and 21 students, depending on grade level.

“It’s a triple whammy for us,” said Doug Miller, Executive Director of Auxiliary Services for Northampton County Public Schools. “Even with the flexibility spelled out in House Bill 13, we may still have to cut some positions to offset having to hire additional K-3 teachers to meet the class size reduction. Then we may have to add classroom space, space we do not currently have available at two of our schools – Squire Elementary and Willis Hare Elementary. Adding classrooms where space does not currently exist translates into construction dollars we do not have.”

Miller said despite the changes made in House Bill 13, Northampton Public Schools will still need to hire three new teachers.

“That’s better than what was proposed last year when our legislators initially discussed lowering the number of students per class in our early grades,” he noted. “At that time we were looking at having to hire six new teachers. But whether it’s six or three, this is an unfunded mandate from the state, meaning we have to find the money in our budget to hire new teachers.”

Ruling out asking the Northampton Board of Commissioners for added funding, Miller said the only other option of coming up with the needed money was to cut other teaching positions.

“We don’t have the funding to cover this; the only option is looking at a reduction in force in other areas,” Miller explained. “We wish the state had provided the money for this mandate.”

He said the reduction in force, if it came to that, would likely be in the arts and music departments.

“It’s a shame that we’re forced to look at cutting those types of teaching positions as we feel that arts and music are an important part in the educational process,” he stressed.

“We were hoping for more flexibility from our legislators,” Miller added. “We feel our teachers are the ones who best know and understand the needs of our students. As long as they are able to effectively educate our children, we do not see a problem with the current number of students per classroom.”

Miller added that the Northampton County Board of Education has scheduled a retreat for March 11 where one of the topics of discussion will be how to locally handle the impact of House Bill 13.

“For Hertford County, there were things put in place by our proactive board of education before I arrived here and those moves are now paying off in lieu of this new statewide mandate,” Wright said.

He said years ago, the local school board added teaching positions at the elementary school level.

“Our class sizes, our student-to-teacher ratio is below what the state requires and will meet the requirements of House Bill 13,” Wright noted. “We are already in compliance.”

Dr. Wright said that move by the school board plus two other facts have Hertford County Schools in great shape.

“Our student enrollment is declining, so thusly it makes it easier to meet these state requirements,” he remarked. “Secondly, by moving our sixth graders from the elementary school to the middle school, we were able to free-up one teaching position that is now being used in our lower grades.”

Meanwhile, Wright said he does feel for those school districts struggling to meet these new classroom size measures.

“If you have a district that’s the same size or growing, it hurts them. They will need extra teachers,” he said. “What the superintendents I’ve spoken with want from the state is more than just flexibility; they want the ability to ask for and be granted waivers on classroom size in specific situations.”

Bertie Schools Superintendent Dr. Steven Hill said he has no other option but to accept whatever classroom size the state deems as necessary.

“We share the same concerns as many of the districts across the state when you talk about unfunded mandates as it pertains to modifying K-3 class size mandate,” Hill stated. “We know any type of mandate such as this will have some unintended consequences for the district.”

Hill added that Bertie Schools have already began the teacher allotment process in the district for the 2017-18 academic year.

“We will need to make decisions about our programs for next year. We are addressing our tentative calculations and any increase of teachers to ensure compliance with the new class size requirement scheduled for 2017-2018,” he said.

“Any additional positions would most likely need to be repurposed, which will drive up the grades 4-12 class sizes. Our goal is to ensure that we have programs, both core and noncore, that develop the whole child in Bertie County Schools,” Dr. Hill concluded.

During a special session held in December, the NC House, after hearing complaints from school districts across the state, approved legislation aimed at easing off the numbers of the class size changes for grades K-3. However, the NC Senate took no action on that same legislation.

Rep. Chuck McGrady of Henderson County was the lead sponsor of the bill and issued a statement, saying, “House Bill 13 provides flexibility to local school boards as to how they spend monies allocated to them for teacher salaries. While recognizing the goal of reducing class sizes in lower grades, the House, in passing House Bill 13, is giving local school systems more time to meet that common goal.”

Representative Chris Malone of Wake County was a primary sponsor of the bill.

“As a former Wake County School Board member, I’m proud to be a primary sponsor of this bill, knowing it will help local school boards do what is best for the children in our schools. We hope the senate takes quick action and passes this piece of legislation in order to allow school districts the flexibility they need to best help their students,” Malone said in a statement.

The feelings of the R-C area superintendents were shared by public school leaders across the state. All were concerned that this unfunded legislative mandate would force their districts to spend millions of additional dollars in hiring the teachers needed to fill the extra classrooms generated by reducing class size. Some were studying ways to meet that demand by cutting specialty teachers – arts, music and physical education. The only other option was for school boards to ask their respective county commissioners for increased local funds to cover the salaries of these added teachers.

While lowering the ratio would place a financial strain on all school districts statewide, it, of course, would serve as a monetary nightmare for small, rural districts.

One superintendent in northeastern North Carolina said his district would have to hire 20 new teachers in order to cover the mandate. That came with a $1 million price tag, which would have to be covered by either cutting specialty education positions or seeking the funds from the county commissioners.