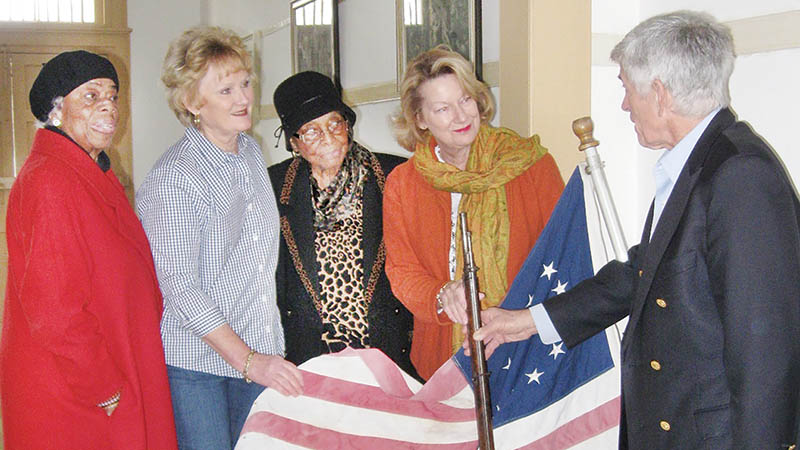 WINDSOR – The Hope Ball, to be held on April 29, will honor the nation’s armed forces on the 100th anniversary of the US entry into World War I.

The decision to resume planning for the celebration was a tough one in the wake of the recent weather damage.  The buildings of the Hope Foundation were not flooded, but they did suffer weather erosion. Planning for the Hope biennial ball and major fundraiser was well underway when the flood and then Hurricane Matthew hit.

With people still living in shelters, and crop losses in the millions, the entertainment committee agonized over whether to cancel its plans.

“Hope is still the chief tourist attraction and an important economic engine in Bertie County so it needs continued support.  A well-funded and well-maintained Hope is a major community asset,” said the Reverend Joe Cooper, Past-President of the Foundation. “Also, we need some celebration.”

So the celebration is on.

The ball will honor the citizens of the region who have served or are active in the armed forces. The three Chairs of the Ball Committee are Major General “Dutch” Remkes of the Air Force, Mrs. Susie Remkes and Dr. John Hill, a military historian and Co-Chair of the Friends of Hope.

“This is a little bit of a departure for Hope,” said Dr. Hill.  “The Hope site was active from the 1760s until 1840, and our interpretation is usually confined to those years.  However, the Ball will honor all veterans and active service and we will have artifacts from the Revolutionary War until the present.”

“Under the leadership of Dr. Ben Speller, former Hope Foundation President, black veterans from all wars have been honored,” said Karen Ray, former head of the diversity project at Hope. “But this is the first time we have celebrated all our military at Hope.”

The Ball will include champagne and music in the Hope Mansion, appetizers in the Atrium of the Roanoke Chowan Community Center with music by “Mr.Tunes”, a buffet dinner catered by Southern Delights, and dance music by The Crowd on the covered patio.  Horse drawn carriages and vans will move people between the venues.

Formal dress is encouraged, especially Military Mess or Service Dress.  If you are not a member of the Historic Hope Foundation and would like to attend, call 252-794-3140.