JACKSON – As accusations run rampant across Northampton County in regards to an alleged conspiracy between the developers of a proposed coal ash landfill and county leaders, the Chairman of the Northampton Commissioners has responded.

On Thursday, Commission Chairman Robert Carter issued a press release on behalf of the board, saying he, fellow Commissioner Fannie P. Greene, County Manager Kimberly Turner, County Attorney Scott McKellar, and Northampton Economic Development Director Gary Brown met with VistaGreen officials on May 17 of last year. He said the meeting was at the request of VistaGreen. 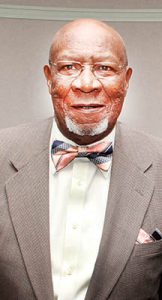 VistaGreen is a partnership between C. Wood Beasley III of Colerain and Clarence Mann of Raleigh. They purchased 804 acres of land located southeast of NC 186 between Seaboard and Margarettsville. That property, zoned Agricultural/Residential, lies between High Bridge Road and Tower Road.

On Jan. 17, Beasley filled out an application for a special use permit to construct two lined landfills capable of accepting, storing, and later recycling coal combustion residuals (CCR, commonly referred to as coal ash).

At the regularly scheduled meeting of the Northampton Commissioners this past Monday, Beasley formally withdrew that application. In a telephone interview with this newspaper the same afternoon, Beasley said his actions were based on “misinformation being spread around the community.”

Beasley said the misinformation he has learned of since two public outreach meetings about the proposed project his company held last week in Seaboard includes a conspiracy with the railroad company, with the Northampton Board of Commissioners, and with the North Carolina Department of Environmental Quality (DEQ). He stressed that no such conspiracy exists.

Two days after Beasley’s comments were published in this newspaper regarding alleged misinformation being shared about the project, county officials went on the record to say while they were made aware of VistaGreen’s plans eight months, they did not, “take any action to recruit, consider or otherwise approve or deny the project,” according to the press release issued by Carter late Thursday afternoon.

Carter went on to say in the press release that upon learning of VistaGreen’s proposal in May of last year, county staff explained the permitting process to company officials and encouraged them to have community meetings to disclose to the public their proposed project.

Carter added that Vista Green had already acquired the property prior to the May meeting. Beasley confirmed that with this newspaper last month, saying the property was purchased by his company in December of 2015.

The board chairman added that at the Commissioners’ scheduled meeting on Jan. 18, they were notified of a letter received by residents in the Seaboard/Margarettsville area in reference to the proposed coal ash landfill.

In a Jan. 21 story authored by this newspaper, Beasley stated that as part of his company’s outreach effort, VistaGreen mailed letters, a map of the property, and a question/answer sheets to all property owners located on or near the High Bridge Road area on Jan. 13.

“The Northampton County Board of Commissioners has been and will continue to be transparent in conducting county business. If the public has questions, the board encourages the citizens to attend Commissioners’ meetings, send a letter to the board, or call the County Manager. We

will answer those questions honestly and in accordance with county policy and North Carolina law,” said Carter.

Even though VistaGreen’s special use permit application has been withdrawn, Beasley said he and his partner are not abandoning their plans.

“We’re not giving up on this project, rather taking the extra time needed to address any and all concerns residents may have,” Beasley stated in a R-C News-Herald article published in the Tuesday, Feb. 7 edition.

In the same article, Northampton County Planning & Zoning Director William Flynn said the only input the Planning Board has in this or any other matter involving a special use permit is to make a recommendation to the Commissioners to grant or deny the application.

Now that the application has been withdrawn, Flynn said VistaGreen could still request another one at any time.

“Had it gone before the commissioners and they voted to deny it, VistaGreen would be required to wait one full year before making a re-application,” Flynn said.