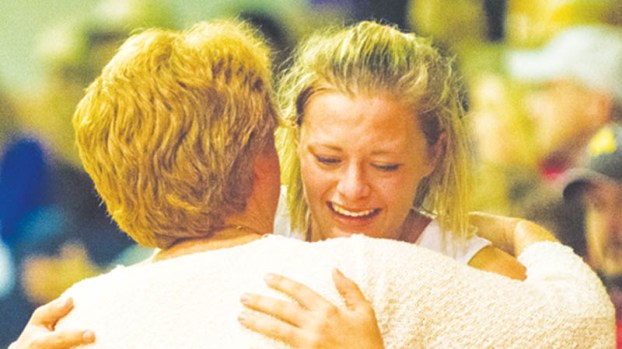 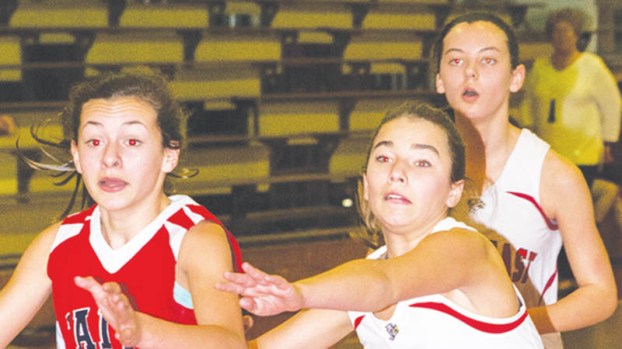 LASKER – The Northeast Academy junior varsity girl’s basketball team closed out their regular season on a high note by winning two of three games last week then carried that momentum into the first round of the Tarheel Independent Conference tournament at Terra Ceia.

Only Monday’s loss to Hobgood, 37-32, blemished the week for the Lady Eagles.  On Friday, Jan. 27 they topped Albemarle 46-6, behind 18 points from Olivia Wheeler.  They then capped Senior Night with a 32-22 home court win over Faith Christian behind 14 points from Carly Stephenson and a dozen from Emalee Jones.  Stephenson had 11 points in the loss to Hobgood.

Wheeler had 18 points in the tournament game against Albemarle while Martin added 14.  Stephenson, Jones, and Allie Liverman had eight apiece and Savannah Martin added two.

The Eagles’ defense stymied the Lady Colts in the first quarter, outscoring them by 22-0.  Albemarle only managed nine points in the second quarter and trailed at halftime 34-9, before falling to the number-two seed by 36 points.  Northeast will play the winner of the Hobgood-Terra Ceia j.v. girls’ game, which was not completed by press-time.

Speaking of Senior Night, it was Josh Byrd, Cole Rose, Jeffrey Flythe, and Austin Bradley playing their final home game in the red-and-white.  However, Faith Christian spoiled the party with a 67-39 win despite 15 points from Ryan Rowe. In the girls’ varsity game, the Lady Eagles’ Haley Jilcott was celebrated along with the boy’s seniors in her final home game. Again, Faith Christian proved to be the spoiler, taking a 45-16 win behind 11 points from Savannah Langley.

Northeast’s junior varsity boy’s team grabbed two victories: 52-13 over Albemarle and 58-18 over Hobgood.  There was no jayvee game against Faith Christian.

Nine of Northeast’s 12 jayvee players scored against the Colts led by nine from Michael Smith and eight each from Kendall Timberlake and J.T. Simmons.  Simmons struck for 21 points in the earlier game against Hobgood.