Tar Heels in the Trenches

ELIZABETH CITY – Marking the 100th anniversary of America’s formal entrance into World War I, the Museum of the Albemarle announces the opening of Tar Heels in the Trenches: The Albemarle and the Great War.

The First World War, known at the time as “the Great War,” forever changed the United States and North Carolina. The nation emerged onto the world stage as a military and political power. Terms such as “trench warfare,” “poison gas,” and “shell shock” became part of the everyday lexicon. 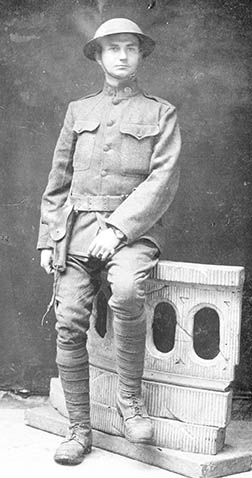 The new exhibit examines the war from the viewpoint of five North Carolinians that lived through that traumatic time. Visitors experience the anxiety of the draft, the comradery of training camp, the horror of the Western Front, and the helping hand of YMCA workers. Interactive displays highlight period music and the U-boat War off the Outer Banks.

The little-known submarine war along the North Carolina coast during World War I receives special attention. Artifact highlights include items retrieved from ships sunk by U-boats, including the Diamond Shoal lightship. The exhibit also includes a large model of the lightship built for the Columbian Exposition in 1893.

At 1:30 p.m. on Sunday, Feb. 12, historian Chad L. Williams formally opens the exhibit with a talk based on his book Torchbearers of Democracy: African American Soldiers in the World War I Era. Williams, an Associate Professor of African and Afro-American Studies at Brandeis University, reveals the central role of African-Americans, both at home and abroad, in the fight for democracy. The lecture and book signing is made possible by The University of North Carolina Press and the North Carolina Museum of History Associates.

The exhibit runs through December 2018.

The Museum of the Albemarle is located at 501 S. Water Street, Elizabeth City.