HALIFAX – A local funeral director was charged Tuesday with multiple sex offenses which reportedly span over the course of six years. 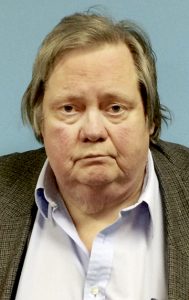 Massey, a native of Northampton County, owns and operates funeral homes in Aulander, Jackson and Roanoke Rapids. He is also a local promoter of gospel music events, as well as being a gospel music recording artist.

Halifax Sheriff’s Detectives B.C. Griffin and Robert Hale investigated the case and the charges stem from offenses allegedly committed from 2006 to 2012.

The alleged victim is a male juvenile who was 7 at the time the offenses reportedly began and 13 when they ended.

On Tuesday evening, Sheriff Tripp declined to immediately comment on the relationship between the victim and alleged suspect.

“We received this alleged complaint and have been investigating it for some time,” he stated.

Tripp also declined comment on why the allegations against Massey have just recently came to light.

The sheriff said, without elaboration, the alleged offenses were committed at a location in Halifax County.

Massey was in the process of being taken into custody Tuesday evening and has received a $250,000 bond and February 15 date for his initial appearance in Halifax County District Court.

(Lance Martin is the Editor and Publisher of www.rrspin.com. Permission was obtained to publish this story.)