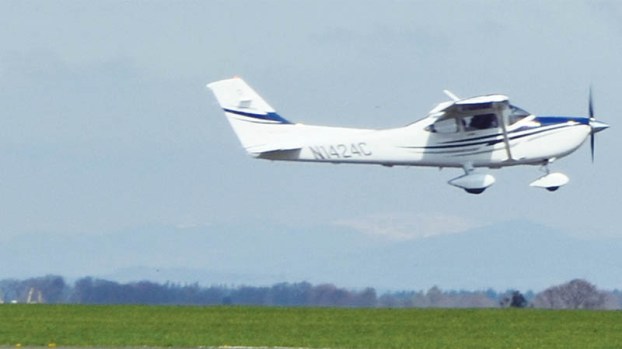 WINTON – The Hertford County Board of Commissioners are throwing their support behind an effort to build a new terminal facility at Tri-County Airport.

In a Jan. 3 letter from Commission Chair Ronald Gatling to Bobby Walston, Director of the NCDOT’ Division of Aviation, the board endorsed an effort by the Tri-County Airport Authority to secure funding from the state to construct the facility.

The project cost is $1.5 million. Each of the three counties served by the airport – Hertford, along with Bertie and Northampton – is responsible for a small percentage of matching funds to support the project.

“Typically in projects such as this, there is a 10 percent local match and the other 90 percent comes from state and federal dollars,” said Bill Early, Hertford County’s Economic Development Director and vice chairman of the Airport Authority.

“We (Airport Authority) felt it would be difficult to go to our three counties and ask them to come up with the 10 percent match,” Early said, adding there would be a $50,000 match for each county. “We have been trying to get the Division of Aviation to fund the project at 95 percent, perhaps all 100 percent.”

The next step in the project is for the Airport Authority to obtain letters of support from the boards of commissioners in each of the three counties.

A previous effort by the Tri-County Airport Authority targeted renovation of the current building housing the terminal.

“That building is in terrible condition,” Early noted. “The roof leaks, wall panels are falling, floor tile is coming up, there is mold and one of the HVAC systems is not operational.”

Early said the renovation costs to the current building are “quite substantial.”

He added that the square footage of the current terminal is below what is required for the overall size of the airport.

In the letter of support sent by Gatling on behalf of the board, it noted that Tri-County Airport provides general aviation services to the commercial, institutional,

From a financial standpoint, the letter noted that based on an analysis by the state, Bertie County ranks as the most distressed county in North Carolina while Hertford County ranks 9th and Northampton ranks 12th. Tri-County Airport is financially supported by these three counties, and all have substantially limited financial resources.

The current terminal building is over 40 years old and is at the end of its useful life. Furthermore, the terminal does not meet the current ADA standards or the needs of the economically distressed tri-county area.

The letter noted that Tri-County Airport serves as an economic hub and catalyst by providing general aviation access to/from the area for corporate clients’ operating facilities within the tri-county area.

The NC Forestry Service relies on Tri-County Airport utilizing a fire retardant tank and as an operational base.

These companies are critical to the economic sustainability of this part of the state. Perdue Farms employs over 2,000 employees in the tri-county region, Nucor Steel employs just under 500 direct employees and there are approximately 400 additional employees providing support services to Nucor.

The letter said that due to the age and worn condition of the terminal facility, visitors, including those considering investingin the region, often do not get a good first impression of this region of our State.

“In supporting the construction of a new terminal building we will be able to provide a facility that not only represents these three counties in a positive manner, but also provide an improved, positive image for the State of North

Carolina,” the letter stated. “There is a direct correlation between attracting new businesses to a community with aviation services as opposed to those who do not have this access.”

By Tiffany Jordan HCHS 12th Grader AHOSKIE – “I don’t care what your disability is – every student deserves a... read more