PENDLETON – A 57-year-old Pendleton man sits in jail without the privilege of bond following his arrest on Monday on the charge of first degree murder. 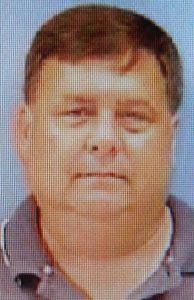 The Northampton County Sheriff’s Office received a call at 3:46 a.m. on Monday to respond to a residence near Pendleton.

Upon the arrival of the deputies, a male, later identified as McJoe, was discovered deceased inside the residence of Sears. The initial report showed that McJoe died of apparent gunshot wound.

Upon investigation by the Northampton County Sheriff’s Office, Sears was quickly identified as the suspect in the fatal shooting. He was arrested later on Monday.

Sears is scheduled to make his initial appearance on Thursday in Northampton County District Court.

Northampton County Sheriff Jack Smith stated that the investigation is still ongoing and this is all the information that can be released at this time.

“I would like to thank the Northampton Co. EMS, Lt. J. Jenkins, Sgt. A. Roye, Sgt. D. Shephard, Sgt. A. Johnson, Deputy Worrell, the Murfreesboro Police Department, and the Hertford County Sheriff’s Office for their assistance,” Sheriff Smith said.