VINITA, OK – Bertie County Sheriff John Holley has announced the arrest of a suspect in the grisly murder of a Merry Hill couple on May 31.

On Thursday, June 2 at approximately 3 a.m., Christopher Lawrence Rouson, 23, was arrested in Oklahoma by the Vinita Police Department for the murders of James (age 63) and Anna Rouson (age 57), his father and stepmother. They resided at 335 Sutton Road in Bertie County. 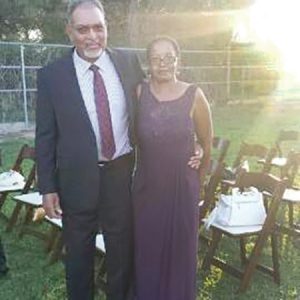 This photo taken from Facebook shows James and Anna Rouson.

Vinita is a small community in northeastern Oklahoma, approximately 51 miles northeast of Tulsa, off Interstate-44. It is over 1,200 miles from Merry Hill.

It was the actions of an observant convenience store clerk in Vinita that tipped off police to check out a suspicious person in the pre-dawn hours on Thursday, which led to Rouson’s capture.

Rouson was taken into custody by Vinita Police Officer Brad Males around 3 a.m. after the officer found him walking around a local Vinita Dodge auto dealership. This information, contained in a Vinita Police Department report, is courtesy of the Vinita Daily Journal upon request by the Roanoke-Chowan News-Herald.

Rouson had stopped by Shout & Sack, a local Oklahoma convenience store chain, parked his silver SUV Chevy Traverse, in the back, removing the license tag and placing it under a tire. He told the Shout & Sack clerk, Wayne Bowman, that he was going to get his money out of his vehicle.

When he left the store, Bowman called police to check him out, saying he had a “strange feeling about the guy.”

Police located his vehicle and its license tag, which was already on NCIC (National Crime Information Center) alerts for the Bertie County warrant for Rouson’s arrest.

The vehicle is registered to Anna Rouson, according to Sheriff Holley.

Rouson waived extradition later on June 2 during a court proceeding in Craig County, Oklahoma and was transported back to Bertie County to face double murder charges. 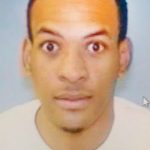 The elder Rousons were found dead in their home by neighbors on May 31.

Through the ensuing investigation, the younger Rouson was developed as a suspect in the homicides and warrants were issued for his arrest on Wednesday, June 1.

The younger Rouson lived with his parents, but Bertie deputies say he was not at the residence when the Rouson’s bodies were discovered.

Angela Thomason of the Vinita (OK) Daily Journal assisted with this story.

POWELLSVILLE – A group of some 30 Powellsville residents attended the Town Council meeting here July 5 and voiced their... read more