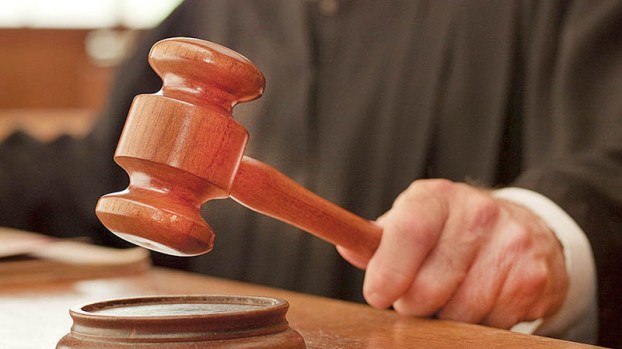 One of the defendants, former Windsor Police Officer Antonio Tillmon who allegedly had ties with Northampton deputies involved in the case, had his arraignment continued.

Those scheduled for arraignment — Lann Clanton, Ikeisha Jacobs, Jason Boone, Adrienne Moody, Corey Jackson, Jimmy Pair Jr., Curtis Boone, Alphonso Ponton and Thomas Allen II — sat at an L-shaped table in the federal courthouse in Greenville before Howard took up their arraignments individually, with the exception of the Boones who he called together.

Howard told each defendant he expects sentencing to take place during the May 10 term of court. However, an ensuing series of delays in the Tillmon case (he later opted to face a jury) has postponed the sentencing phase until 2017.

Clanton, a former officer with the Virginia Department of Corrections, was the first one Tuesday morning to enter a plea to one count of narcotics distribution and accepting a bribe in the FBI undercover sting which commenced after the Halifax County Sheriff’s Office learned of systematic corruption within the Northampton County Sheriff’s Office.

Clanton, as the other eight, admitted his guilt in the case.

The maximum sentence range he could receive for count one is five to 40 years, and four years to life for count two.

The Boones pled guilty to conspiracy to distribute narcotics and accepting bribes. The sentencing range is the same as Clanton’s.

Jacobs pled guilty to three counts — conspiracy to distribute narcotics, carrying a firearm in the commission of the operation, and accepting a bribe. She faces a range of five to 40 years in prison for count one, five to life for count two, and 10 years for count three.

Moody, a former correctional officer with the North Carolina Department of Public Safety pled guilty to one count of conspiracy to distribute narcotics and faces a sentencing range of five to 40 years.

Jackson pled guilty to a single count of conspiracy to distribute narcotics and faces a sentencing range of five to 40 years.

Pair pled guilty to one count of conspiracy to distribute, and one count of accepting bribes. He faces the same range as the others for the conspiracy count, and up to 10 years for bribery.

Allen also pled guilty to conspiracy to distribute and bribery and faces the same range as Pair.

Ponton, a former sergeant with the Virginia Department of Corrections, pled guilty to conspiracy to distribute and faces up to 20 years in prison.

The nine who pled in early February join five others who have already entered plea agreements in the case.

Dailey is a former 911 dispatch operator for Northampton County. Phillips and Kam-Ling are both former correctional officers with the North Carolina Department of Public Safety. Pierce is a resident of Raleigh.

The Operation Rockfish police corruption sting contains a 54-count federal indictment that alleges 13 law enforcement officers and two other individuals protected narcotics shipments and cash proceeds during transit along the East Coast for what they believed was a large-scale drug trafficking organization that was actually an undercover operation by the FBI.

The first count charges the conspiracy was ongoing since Nov. 7, 2013 and continued up until the day all 15 were arrested on April 30 of last year.